What sets Ion apart from Vice’s past boyfriends 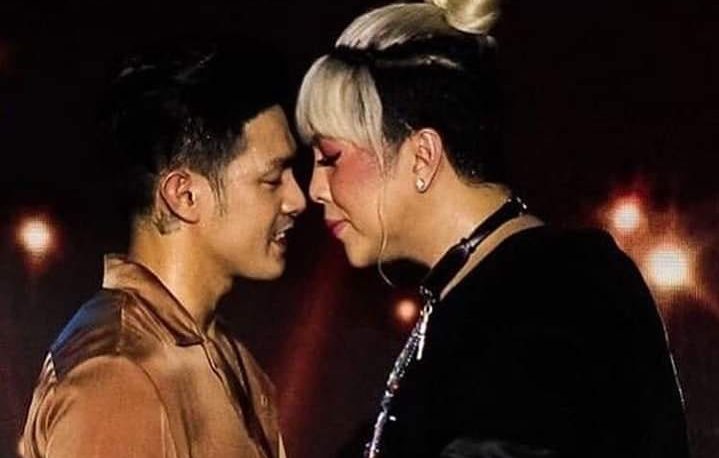 There was a pained expression on his face,” said Vice Ganda when asked to recall the first time he realized that his relationship with “It’s Showtime!” cohost Ion Perez was “for keeps.” The comedian-TV host said Ion had asked him to explain why they couldn’t go public with the news that they were dating.

“I will never forget the time when he asked me, ‘Bakit ‘di pwedeng sabihin?’ I saw that he couldn’t accept this. I realized that if he doesn’t love me, then he wouldn’t care if people knew about us or not,” Vice told reporters during a media gathering for his 2019 Metro Manila Film Festival entry, “The Mall The Merrier.”

Vice and Ion are celebrating their 13th month together this month.

“This has been the norm in all of my past relationships. None of them asked me to explain about the setup. I realized that Ion really loves me kasi kaya niya akong panindigan,” Vice pointed out. “He is the only one who could publicly shout my name and say he has feelings for me, the only one who could hold my hand even when people are watching, the only who could hug me for everyone to see.”

Vice further said: “This is it. This is for real, unlike my other relationships. I used to just settle so people won’t say I’m loveless, para lang ‘di ako ma-zero. This was because mean people would often tell me that I may be rich and famous, but I will never be happy because nobody will love me for real. Now, I’ve proven all of them wrong!”

“Masaya ang puso ko. I’m in love. I cared for several people in the past, but I was never in love like this. A lot has changed,” Vice stressed. “There were instances in the past when the people I was in love with weren’t truly in love with me. Now, I’m very happy because the person I’ve chosen has also chosen to love me back.”

At one point, Vice was asked about whether they were also considering getting married, he smiled, flipped his hair and replied: “Right now, we’re just enjoying the relationship. It’s so beautiful. Ion, please don’t propose now! I’m not yet ready.”

To this, Ion said: “’Di ako nagsasabi ng tapos. Malay n’yo mangyari ‘yon (I’m not talking with finality. You can never know, for sure. This might happen).”

Ion belongs to a big family—he has 14 siblings, most of whom have met Vice. Even their respective moms have already met, said Vice. “Yes, they know each other. My mother already went to their house. They enjoyed eating kakanin,” the comedian recalled.

“His home is a happy one, his family, simple and typical. This is one of the reasons I didn’t want to broadcast our relationship. I wanted to protect him and the people he loves,” Vice explained. “I don’t want them to feel that their privacy has been invaded. That will hurt me, too. I don’t want their lives to change negatively while Ion and I are enjoying ours. That would be selfish of us.”

Vice said Ion’s family showed him nothing but kindness. “I’ve spoken to most of his siblings. We’re not close, we’re OK, but I feel that they care for Ion—and that’s more than enough for me.”