Coca-Cola has been on a constant mission to refresh the world by providing people with moments of happiness, moments where they can enjoy and pursue their passions. The ultimate testament to this is Coke Studio, a platform that has shown how Coca-Cola not only refreshes its customers with its beverages but also refreshes the local music scene by supporting the best and brightest of OPM.

Going beyond promoting OPM, Coke Studio rallies Filipino musicians and music-lovers to elevate the music scene with an uplifting purpose – advocating for environmental protection.  Since Coke Studio Philippines was first launched in 2017, it has seamlessly weaved two of its advocacies together, becoming a reflection The Coca-Cola Company’s firm stance on caring for the planet. This is an advocacy which the Company has continuously practiced across the board, from its operations to its various programs and campaigns including Coke Studio.

In 2018, this advocacy for sustainability was taken further when Coca-Cola announced its goal to creating a World Without Waste. The already-established Coke Studio became the perfect platform to introduce this vision to the youth. Now, three seasons in, Coke Studio continues to amplify the message of environmental protection through music. 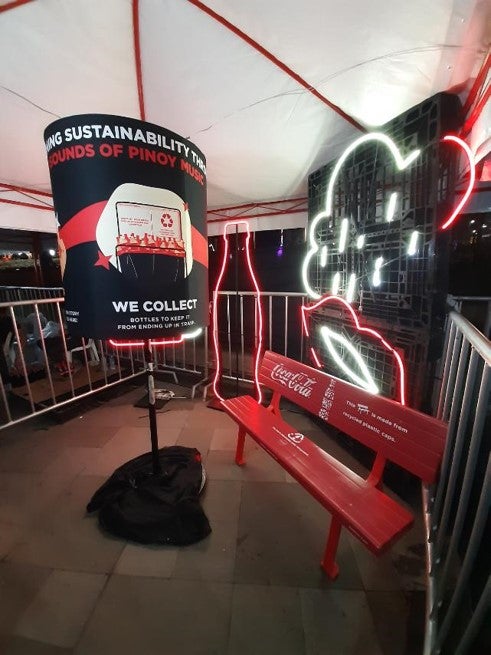 Instagram-worthy stations showcased the Company’s World Without Waste vision with examples of how PET bottles could live multiple lives in the form of benches through recycling.

With music as a powerful, unifying force, Coke Studio concerts and events have not only brought teens together to enjoy the best of OPM, but have also become spaces where the youth learn and practice mindful consumption. Across its three seasons, each concert and roadshow has been thoughtfully-planned to inspire environmental stewardship among event-goers, educating them on proper waste management and providing them the facilities for responsible waste disposal.

After mounting numerous concerts and events in universities, fiestas, to festivals nationwide, Coke Studio has continued to shift the youth’s perceptions on PET bottles from a use-and-dispose product to one with multiple lives and instilled the importance of collection, segregation, and recycling. 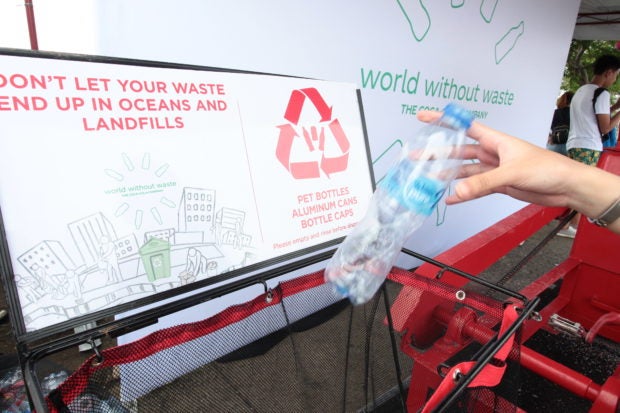 With PET bottle collection bins deployed in all of the Coke Studio Concerts and the nationwide Coke Studio Feels Trip venues, Coca-Cola was able to collect more than 9,500 kilograms of PET bottles where were diverted and recycled by the Company’s green technology partners.

A testament to how involved the youth were in these green and sustainable activations, Coca-Cola was able to collect and divert an estimated 9,500 kilograms of PET bottles which will be recycled into new products such as T-shirts, benches, and even the iconic Coke Studio earphones with the help of its recycling partners.

Coke Studio has redefined and set a new standard for environmentally-conscious activations, events and consumer engagements with its goal of uniting and empowering the youth to become a part of the solution in protecting the planet. 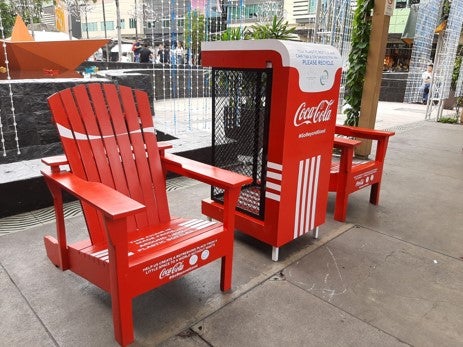 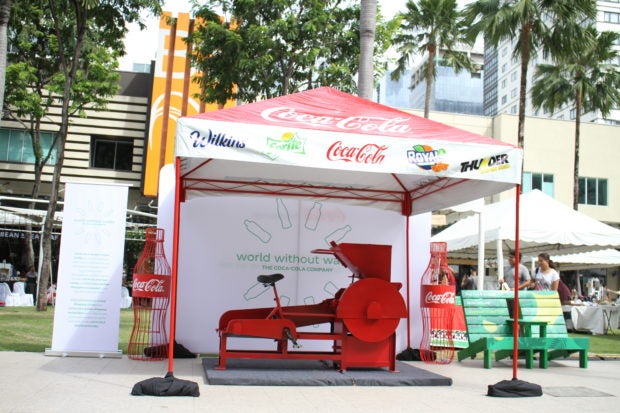 During the Coke Studio Feels Trip event-goers simply pedalled to create PET flakes used for eco-bricks on the Coke Tune-Cycle, a bicycle that shred plastic bottles.