In the 1940s, Anna (Calzado), Ditas (Soriano) and Doris (Jasmine Curtis-Smith) are patients afflicted with Hansen’s Disease (or widely known as leprosy) who live in Culion at a time when the disease is practically a life sentence. No cure has yet been found, and no one is allowed to leave.

“If you have the disease, you will be caught and brought to Culion, which was like a prison. You will no longer see your loved ones,” says Lee.

Anna never loses hope that a cure will be found soon, even when her baby is taken away from her. Doris believes in the myth that a beautiful diwata is destined to heal the place. Ditas keeps attempting to kill herself, helpless against the onslaught of memories from the outside world.

Together, all three try to negotiate a life of stigma that seesaws between hope and despair, redefining their roles as women, mother, friend, and human being. In the end, they prove that neither disease nor death can erase their humanity. 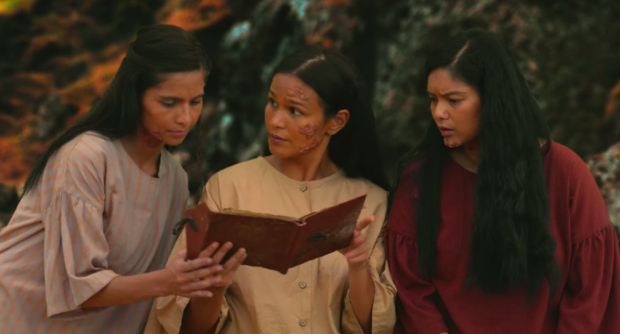 “We want this to be a story of triumph, something that will remove the stigma attached to the island,” declared Yapan. “They don’t want to be called lepers or ketongin, but patients or survivors.”

Lee stresses that the story is not “true to life, but is based on true experiences. It’s a composite. We will not include details in the story that did not happen for real.” —MARINEL CRUZ INQ