Exciting year ahead for Gerald, Dessa 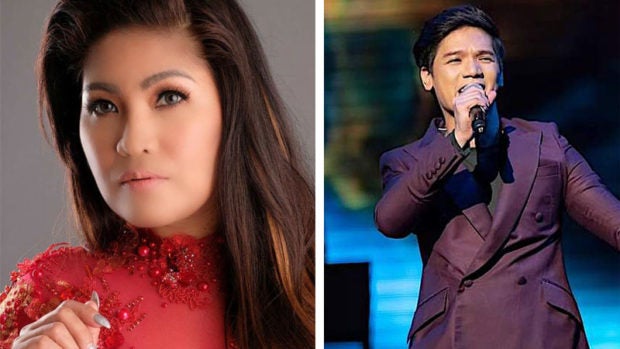 Singing champs Gerald Santos and Dessa are gearing up for an exciting 2020 with projects they can’t wait to share with lovers of great music and exceptional singing.

Gerald, who was dubbed the Prince of Ballad in 2006 after winning the second season of GMA 7’s talent tilt “Pinoy Pop Superstar,” wrapped up his splashy forays into musical theater early this year—first, for playing the coveted role of Thuy in the United Kingdom and international touring production of “Miss Saigon,” followed by his acclaimed turn as Anthony in the Manila and Singapore runs of “Sweeney Todd: The Demon Barber of Fleet Street,” starring Lea Salonga. But before he continues his projects on the international theater scene, Gerald is first headlining the repeat of “San Pedro Calungsod The Musical” at the Cuneta Astrodome on Jan. 24 under the helm of Antonino Rommel Ramilo. Gerald is particularly thrilled about reprising the role of the beloved saint because he will be singing songs that he cowrote with Ramilo for the said musical.

Dessa, who sang at the Inquirer Indie Bravo! Awards show last year, is no slouch at singing, either.

The vocal dynamo behind such ‘90s hits as “Lipad ng Pangarap” and “Bring Back the Times” was the Grand Prix winner in the Voice of Asia music festival in Almaty, Kazakhstan in 1993. Previous Pinoy Grand Prix winners include Geneva Cruz (1992) and Ladine Roxas (2001).The diminutive belter, dubbed the Powerhouse Diva, will share the stage with the Fabulous Sounds of the Platters in “Powerhouse Valentine” at the Monet Ballroom of Novotel Manila in Araneta Center on Feb. 14 next year (call 8911-5555).

Dessa and Gerald will make the Yuletide holidays more festive when they perform for Inquirer editors at the PDI office in Makati tomorrow night.