Zsa Zsa Padilla jetted off to Amanpulo in Palawan recently for some vitamin sea, away from the usual hustle and bustle of Metro Manila.

The actress arrived in the luxurious island resort with her fiancé Conrad Onglao last Saturday, Dec. 14, as seen on her Instagram Stories on the same day. 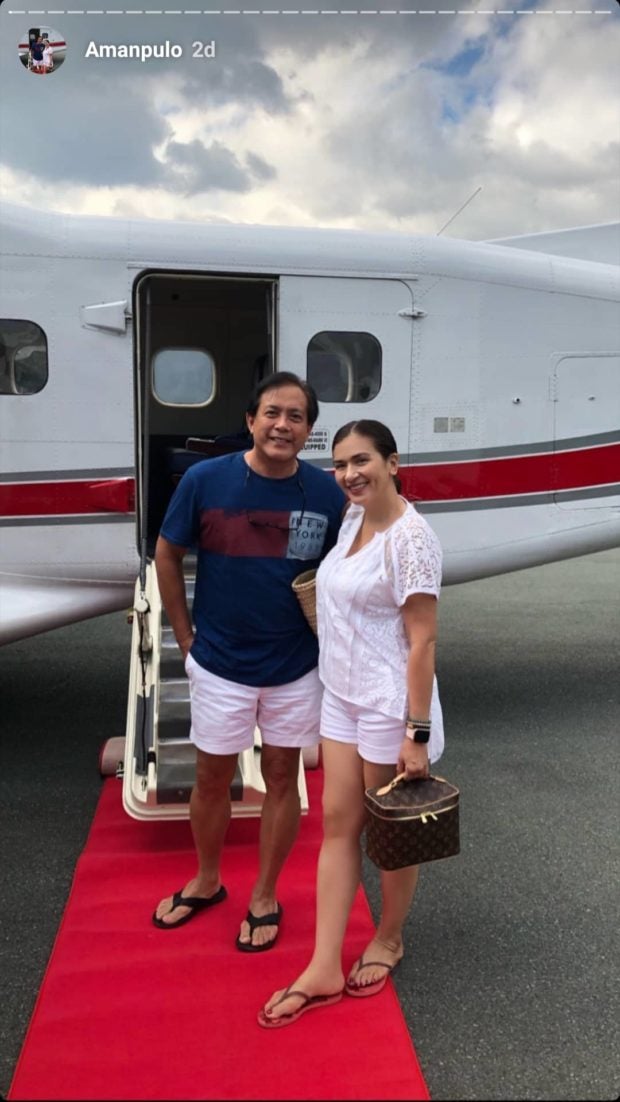 After settling in on the island, the couple relaxed by the beach as they waited for the golden rays of the sunset.

The day after, Padilla woke up early to walk along the beach while she took the time to appreciate the “beauty around [her].”

Following her quiet moment along the shore, Padilla decided to snorkel in the clear blue waters to look for some “pawikan” (sea turtles). The actress pointed out that the turtles were “elusive at first” but she was fortunate enough to see a few of them later on.

Since people have to keep at least a distance of one meter away from the animals, Padilla gave her camera to one of the guides, to take underwater videos of the turtles.

Went to look for these beautiful turtles. They were elusive at first but asked Kuya to take underwater videos of them coz you need to keep a distance of 1 meter from the 🐢 Enjoy!

The underwater clips showed a few sea turtles gracefully swimming across the seafloor while grazing on patches of seaweed.

After her time with the animals, Padilla got behind the wheel of a golf cart, which she stressed was something she does not usually do.

“The only time you’ll see me drive is when… there’s no traffic and when I’m forced to drive because of a movie/teleserye scene!” the actress said in jest.

Zsa Zsa Padilla claps back at harsh netizens: ‘Don’t shame me for aging’

Camille Prats flaunts curves: ‘Life’s too short to think about what others may say’