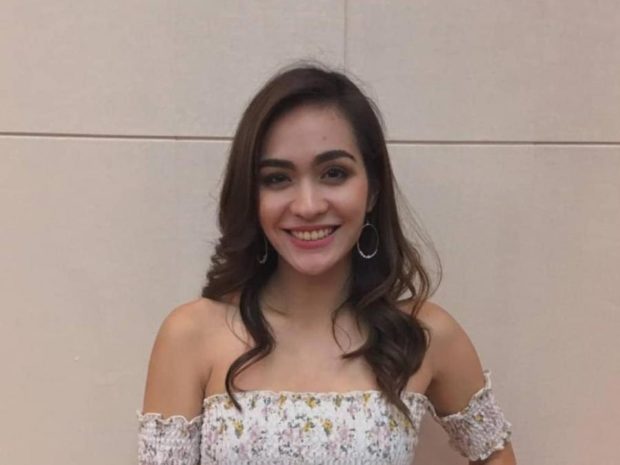 For as long as she could remember, Angela Alarcon has always wanted to become an actress. In fact, one of her most vivid childhood memories was watching her father, Jestoni Alarcon, on television and mimicking his lines.

“It really is a dream of mine. I always tell dad that watching his work inspired me to pursue acting,” she told the Inquirer in a recent interview at a press conference arranged by GMA Artist Center for its new batch of talents.

“It’s not that I wasn’t allowed, they just wanted me to prioritize my studies. That was what I wanted as well because I know the importance of education,” pointed out Angela, who has acted in short films in college. Now that she’s finally starting to realize her dream, Jestoni couldn’t be happier. “He’s so proud of me and gave his full support when I told him about my decision,” she said, adding that being a child of an actor wasn’t so much a source of pressure as it was of motivation.

“It makes me want to improve myself more, actually. Sometimes, he would coach me and make me throw my lines out of the blue,” she said of Jestoni, whom she described as “a bit of a stage father. He’s very loving and supportive … And he’s always so excited about what’s going on in my life.”

While she would love to try her hand at dramas or romantic comedies, Angela, who’s part of the series “Beautiful Justice,” it’s action that she finds more attractive. “Just like my father!” quipped the 22-year-old aspirant, who also has a black belt in taekwondo.

Among GMA 7’s stars, some of her favorites are Alden Richards and Marian Rivera. “Alden is a great actor. I admire her a lot. Marian is beautiful—a goddess! I watched her in ‘Darna,’ where she also did action scenes. And I love her for that” she said. “There are many talented artists here, and I hope I get to work with them.”

But Angela also knows that the entertainment industry isn’t all about glitz and glamour. “I know that it’s challenging; that I will be under scrutiny all the time,” she said. “I know that this is a commitment.”