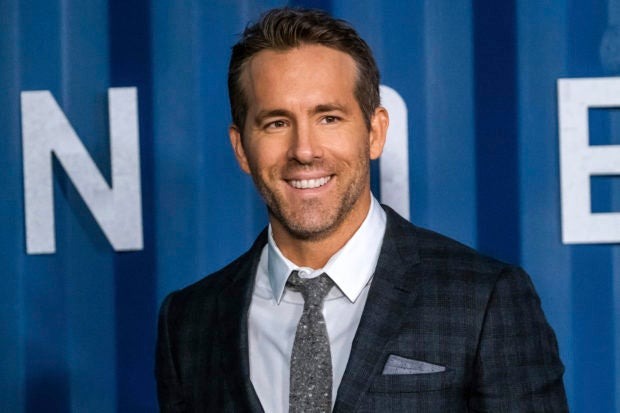 NEW YORK — Ryan Reynolds says he relates to the social media criticism heaped on the Peloton ad actress. In fact, that feeling led him to hire her for a commercial promoting his gin company.

Reynolds spoke Tuesday about the uproar while promoting his new action flick, the Michael Bay-directed “6 Underground”.

In the Peloton commercial, Monica Ruiz portrays a wife who receives an exercise bike as a Christmas present, and chronicles her yearlong journey to get in shape. The commercial ends with the wife thanking her husband for the gift. After the spot aired, the character was mocked for several reasons: Some noted she was already thin, others mocked her for having a “nervous” expression and others were angry her husband gave her an exercise gift, as if she needed to lose weight.

Reynolds thought the viral negativity was unfair, and said it is “a situation that I’ve been in many times before” as an actor.

“You put it out there, and it doesn’t quite work, and you feel a little alienated and stuff. So, I had tremendous empathy for her in that moment,” Reynolds said at the premiere of his new action flick, “6 Underground”.

“Doing the Aviation Gin ad sort of gave her some authorship over some of this conversation, which I loved,” he said. “And she’s, she’s the best. She’s really funny, really smart.”

In “6 Underground”, which premieres Friday on Netflix, Reynolds stars as the leader of a group of six warriors, each with their own special set of skills. After faking their own deaths, they take on a number for their names, ranging from One to Six, and go underground to take down a dictator. Reynolds plays One.

It was directed by Michael Bay, who is known for the big-screen action movies like “Armageddon”, “The Rock”, and “The Transformers” series. But he says it worked for him to pair with Netflix.

“Here’s the thing I love big cinema. But Netflix is a new voice. It is a big, it’s a big name out here right now. And it’s doing a lot of interesting content. And it gives it — it’s all over the world, you know, access to almost 250 million people,” Bay said.

He also says the studios would not back the $150 million dollar action thriller because of its R-rating.