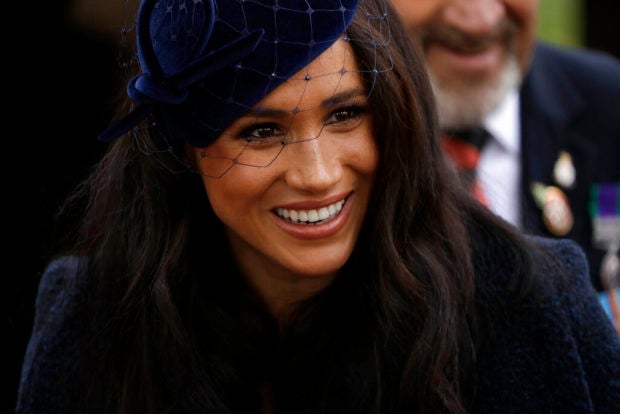 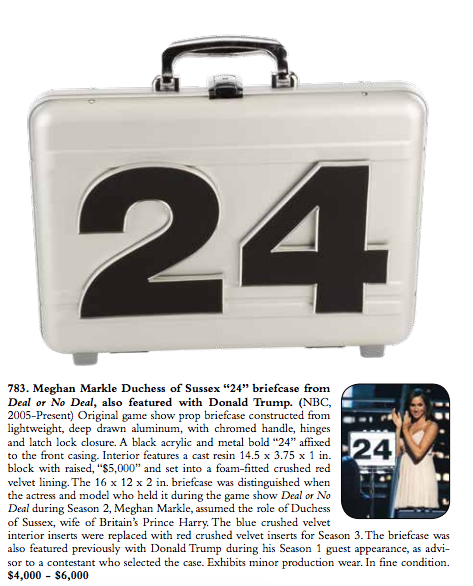 Pictured in the catalog is the briefcase with the number 24 on it, as well as a picture of the Duchess of Sussex who held the case in the second season of the game show from 2006 to 2007.

It also mentions that the briefcase was featured with US President Donald Trump during the first season of the show. During a guest appearance, he advised a contestant who chose the briefcase. 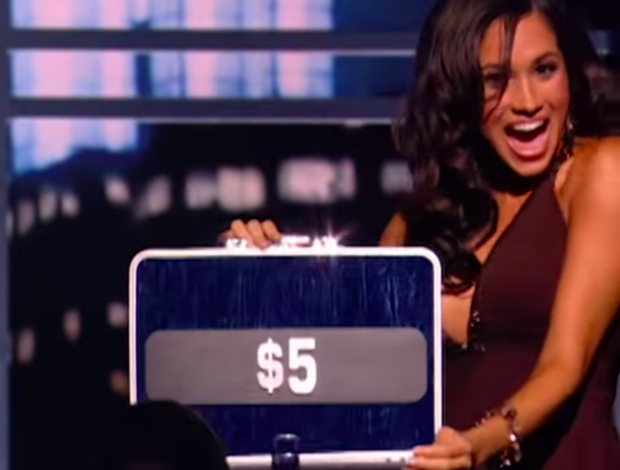 Meghan admitted in an Esquire interview that she took the job “while I was auditioning to try to make ends meet.”

She recalled, “I would end up standing up there forever in these terribly uncomfortable and inexpensive five-inch heels just waiting for someone to pick my number so I could go and sit down.”

Meghan would eventually be best known for her role in legal drama TV series “Suits,” in which she starred from 2011 to 2018. She married Prince Harry in May 2018.  Niña V. Guno /ra