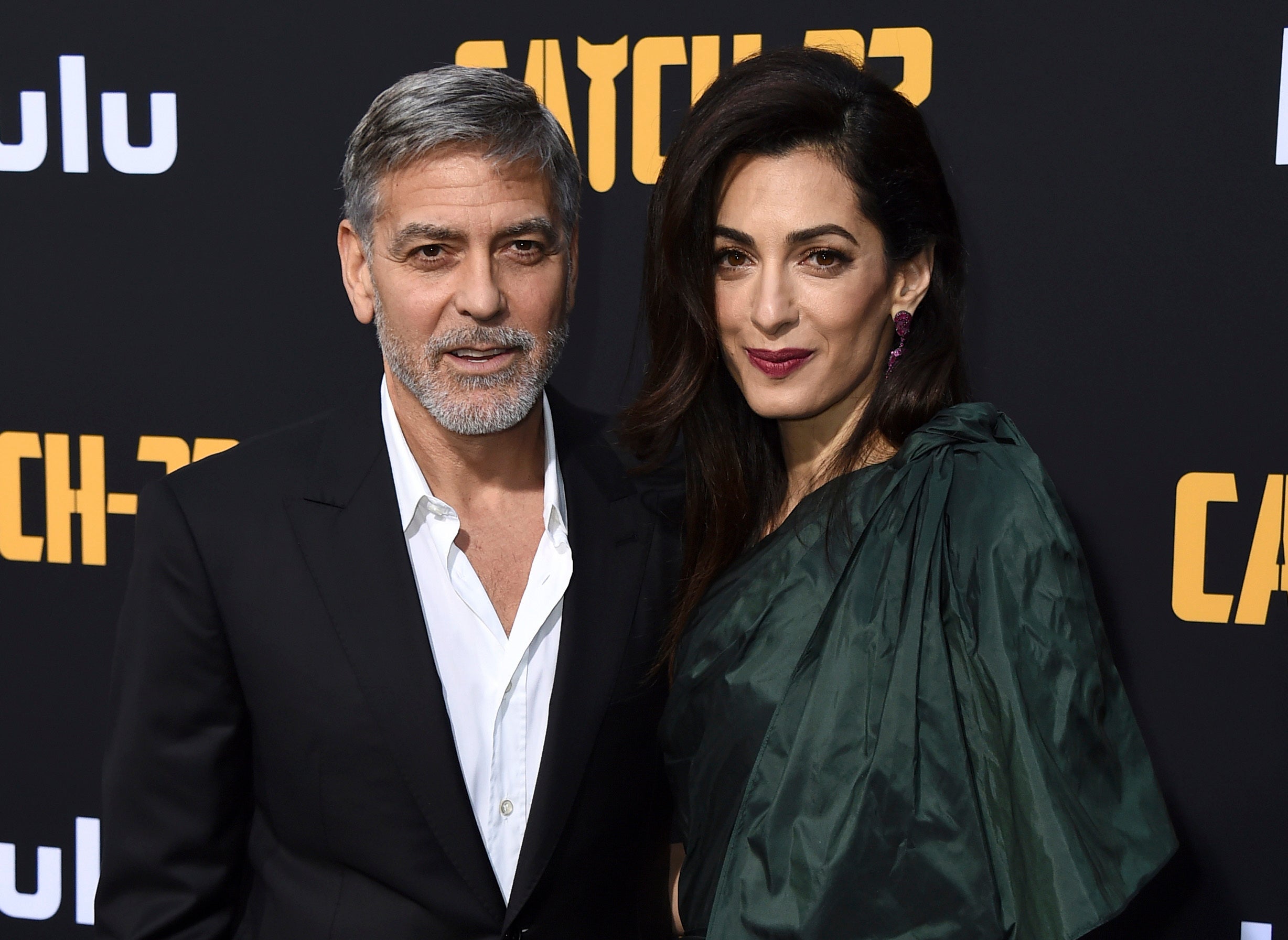 George Clooney and Amal Clooney arrive at the Los Angeles premiere of “Catch-22” at TCL Chinese Theatre on Tuesday, May 7, 2019. (Photo by Jordan Strauss/Invision/AP)

LOS ANGELES (AP) — George Clooney said the media should “be a little kinder” to Meghan, the Duchess of Sussex, after she gave birth to a baby boy.

Clooney told The Associated Press Tuesday at the Hollywood premiere of his miniseries “Catch 22” that the media scrutiny will intensify now that she and Prince Harry are parents.

The actor said the media coverage is part of being members of the royal family. But, he also said the coverage steps “into a really dark place” when the media interviews people’s parents.

He said “the press turned on them” and he thinks people should be kinder because “she’s a young woman who just had a baby.”

Clooney’s wife, Amal, attended the duchess’ baby shower and the Clooneys have vacationed with the royal couple. /kga