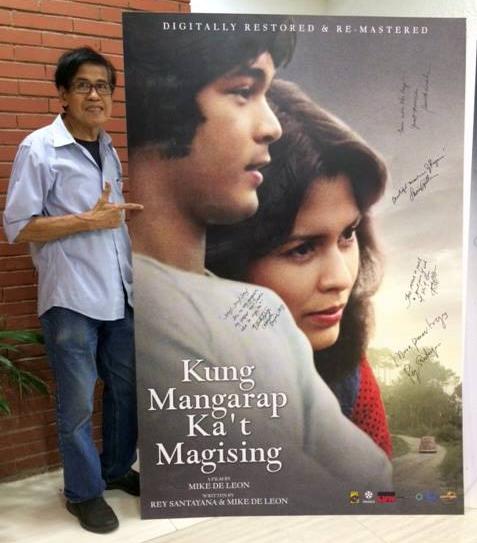 MANILA, Philippines — Philippine cinema has lost Cesar Hernando, one of its veterans in production design.

Hernando died Wednesday morning at the Cardinal Santos Center in San Juan, his family shared via Facebook posts. He was 73.

Erratum:Tito C joined our Creator earlier today at 3:24 am, while being surrounded by his family and friends, at…

Posted by Rebecca Hernando Cope on Wednesday, May 8, 2019

Mike De Leon ALSO mourned the death of the veteran production designer, saying: “Thank you for everything – your collaboration, your artistry, and above all, your friendship.”

Thank you for everything – your collaboration, your artistry and above all, your friendship – Mike.

Hernando, who graduated from University of Santo Tomas (UST) with a degree in Fine Arts, made his mark in the industry for his production work in films such as De Leon’s “Kisapmata,” “Batch 81,” and “Sister Stella L”; Red’s “Bayani,” and Lav Diaz’s “Batang West Side.”

Hernando was also an assistant director of National Artist Ishmael Bernal in the making of the director’s 1971 debut film “Pagdating Sa Dulo.”

Before that, he released short feature films “Maalinsangan ang Gabi” and “Motorsiklo,” both written and produced by De Leon, and “Kagat ng Dilim.”