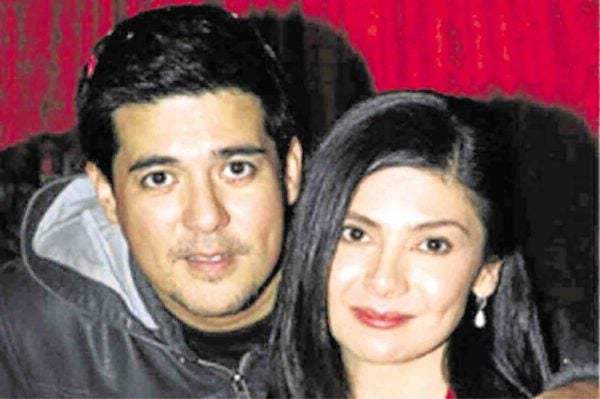 If you can watch only one movie in the 2019 Metro Manila Film Festival (MMFF), make sure it’s “Miracle in Cell No. 7.” Viva Films’ entry, topbilled by Aga Muhlach and Xia Vigor, is too beautiful for words. We, at the Cinema Evaluation Board, gave it a grade of A. When I messaged Aga about it, he was overjoyed.

The Filipino adaptation of a Korean film (of the same title) will hit your heart in all the right spots and make your tear ducts flood.

Aga and Xia better prepare their acceptance speeches already. For sure, they’re going to clinch awards for their superb portrayals as father and daughter. Watching them as Lito and Yesha will make you feel like hugging them to pieces.

For a different spin, I interviewed Charlene about her hubby, Aga. Before Charls and I started chatting, Ags told me, “Dolls, please write that if there’s a ‘miracle in cell no. 7,’ I also have a miracle in my life, and that’s Charlene.”

Who says “walang himala”? Not for Mr. and Mrs. “MuhlaCLE.”

Here’s my chat with Charlene:

What did Aga tell you about his “MICN7” experience? Anytime someone does a remake of a movie, there is pressure that comes along with it, but because of the love, care and camaraderie they had on the set, these made things easier for all of us.

According to Aga, everyone gave his or her whole heart in making the film and was in love with the material. They were all supportive of each other and bonded really well. It was a very happy set.

What makes the movie close to Aga’s heart? When it was offered to him, he had no idea what the original Korean version was like. It was the Tagalog script that he read and afterwards, he just kept saying, “Wow, what a movie. Such a beautiful script.”

I told him to watch the Korean version, which I love. But he did not want to. He just wanted to organically work on the script based on the new group’s interpretation of the film. So, when Aga said yes, it was based on the script, cast, director and production alone.

Aga fell in love with his character Joselito. The movie is close to his heart because it’s been 28 years since he had a movie in the MMFF. He’s grateful to be back in the film fest.

What is Aga’s creative process for heavy scenes? When he is scheduled to do a heavy scene, you won’t see him picking up the script and practicing. In fact, he will only read the whole script once, when it’s first presented to him. Then, he will sit in his chair and start imagining the character.

Then, he would look at me and say, “Alam ko na.” Then he would make kuwento his thoughts about a script/film. He does not go back to the script anymore. I really don’t know how he does it. It amazes me.

When shooting day comes, he clears his mind, and he is at his most relaxed state. So that when he arrives at the set, his 100 percent focus is there. He is very reactionary to his environment. What the surroundings give him is what will dictate his performance.

On the day of the heavy scene, I will not call him, so he can focus. After the scene is done, he will call me to tell me how it went.

When he films, everyone involved becomes like extended family to him because they worked together daily for three months. So when the film ends, he goes through “separation anxiety.” It takes him about a week to settle. We will just stay home with the kids to watch movies and swap stories the whole day. Aga is very passionate about everything he does. It’s all or nothing for him.

How do you and Aga keep the fire burning? It’s the best of both worlds because he is my husband and also my best friend. From the moment we wake up, we can talk for hours. We never get bored. We genuinely love being around one another. We love adventure and learning new things together.

Fear of God, communication, love and respect have been great factors in our marriage—and coffee, too.

What is Aga’s and your parenting style? We always taught Atasha and Andres to be kind, respectful and express themselves when they need to. We also encourage them to be independent. Although when the twins were younger, Aga and I had our moments of being strict, but never at the same time. We always made time for the kids, no matter what.

But now that they’re older, we are not as strict. One of the hardest things for parents is realizing that your children are getting older. You will always see them as your babies. So as a parent, I always remind myself that we have to give them space to grow.

We want them to be able to explore life and find their own unique path and happiness. We always tell them that Aga and I will be there for them no matter what. Their happiness is our happiness.

If your love story with Aga would be made into a movie, what would the title be? And which love team would you want to portray you both? Can’t think of an appropriate title because words are not enough to describe our love story… aww. Any love team will do. All of the popular love teams have a special unique quality that differentiates them from each other. I admire them all.

I suddenly wonder that if Aga and I were millennials, what would our tandem be called? “CharlAg” or “AgLene” (laughs).