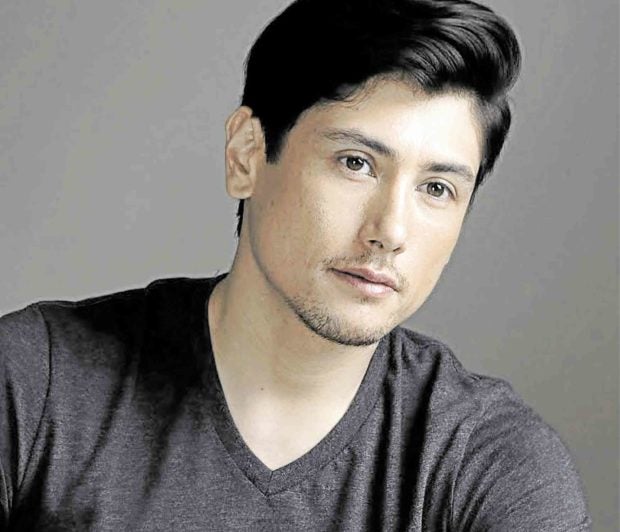 Having been raised in the United States, Filipino-American actor Ivan Padilla hasn’t really had the opportunity to get close to his famous cousins from the Padilla show biz clan.

Just the same, Ivan said he’s thankful that the family acknowledges him as one of their own.

“Last year, I attended a birthday party for Lola Eva Cariño. Kuya Robin was delivering a speech—passionate, heartwarming—when her mother interrupted him to make an announcement that there’s a new Padilla in show biz,” he told the Inquirer at a recent press conference for his new movie, “Bakit List,” which opens in cinemas tomorrow.

Ivan is a grandson of the late LVN Studios actor-diplomat Amado Cortez and actress Gloria Sevilla. Amado and Robin Padilla’s father, Roy Padilla, were brothers. Gloria, on the other hand, is the mother of actors Mat Ranillo III and Suzette Ranillo, whom she had from her previous marriage with Matt Ranillo Jr.

His background, he said, gives him a sense of pride and confidence that he, too, can make it in the entertainment industry. “But of course, you have to earn your keep. You have to have your own style,” stressed Ivan, who landed one of his earliest film roles at the age of 9, as the half-brother of Lea Salonga’s character Agnes in “Sana Maulit Muli.”

To his credit, he didn’t have to rely on his family to land jobs in Hollywood, where his pedigree didn’t matter. Ivan enjoyed success, especially between 2006 and 2014—a period in which he landed a recurring role in the television series “Dexter,” as well as appearances in “CSI” and “Criminal Minds”. He also appeared in “Lucifer” in 2016.

“It was tough. I experienced a lot of rejections; went to tons of auditions and didn’t get a callback,” recalled Ivan, who used to go by the screen name Germaine de Leon. “But during those tough times, I always think that I could do it—it’s in my blood. Never did I feel like quitting, or thinking that what I was doing was a waste of time.”

But with the rise of online media platforms, job opportunities started drying up. “Things slowed down around 2012. It was the time social media was getting big. It was changing the landscape. Many of my colleagues left Hollywood and returned to their hometowns, because there weren’t a lot of opportunities,” he said.

That’s when Ivan decided to give Philippine show biz a shot two years ago. He’s currently signed with Viva Entertainment.

“I’m pleased with my career here. I’m very happy here. I have a house in Quezon City and I have lots of friends. I actually prefer it here, to be honest,” he said.

While he often landed villain roles in Hollywood, Ivan’s work in the Philippines is more varied, he said. “Bakit List,” for instance, is a romantic drama, where he plays a man asking for a second chance from his ex-girlfriend (played by Louise delos Reyes).

Ivan has no regrets about leaving Hollywood.

“I had a great time there and I got to work with people I admire. But it’s the same here. I get blown away, knowing that I was able to work with the likes of Ricky Davao, Irma Adlawan and Alessandra de Rossi,” he said. “There are a lot of talented people here. Had I known, I probably would have pursued an acting career here first.”