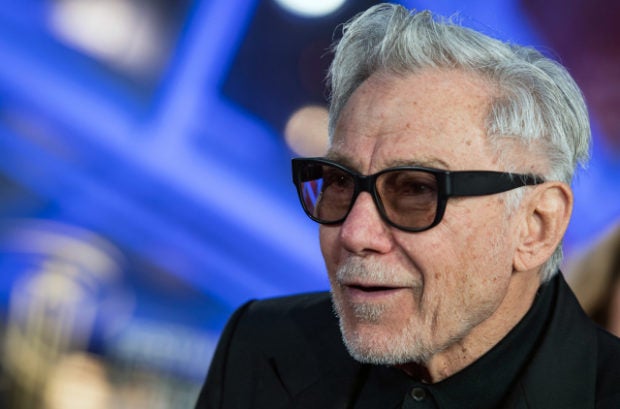 Movie tough guy Harvey Keitel, who plays a mobster in Martin Scorsese’s Netflix gangster epic “The Irishman”, has some advice for Hollywood: get back in touch with your creative side.

In the era of global blockbusters, he argued, studios should refocus on making movies that are less commercialized and more authentic.

Keitel, who has just turned 80, recalled that Scorsese had said he “could not have gotten ‘The Irishman’ made but for the good graces of Netflix — no studio wanted to do it, nobody wanted to do it”.

“This is a very good example of what is happening with Netflix,” he said.

“The fact that we’re losing cinemas we are all a bit sad about. But for me personally, I always think, well, that’s what changes as we … evolve.”

After lengthy hold-ups, the mafia hitman saga starring Robert de Niro, Al Pacino and Joe Pesci and with Keitel in a support role is showing on streaming service Netflix, accompanied by a limited theatrical release.

Scorsese — a master of big-screen gangland classics from “Goodfellas” to the “The Departed” — recently told viewers: “please don’t look at it on a phone … a big iPad, maybe.”

“When I was young actor, I used to think it (Hollywood) needs to be destroyed,” said Keitel, known for unconventional roles from “The Piano” to the “Bad Lieutenant”.

“But I don’t anymore, I think it needs to be reformed. Because what it’s accomplished has been sensational all around the world, but the integrity of it can get quite loose at times.”

Keitel recalled how, starting out in 1950s New York, he was influenced by Elia Kazan, Arthur Miller and Tennessee Williams — “these people, who were really gung-ho about honesty in the theater”.

Today, he asked rhetorically, “Is there authenticity around? Yes. Could there be more? I’d say yes.”

Keitel argued that big studios for a while became interested in films considered independent and art-house, only to then absorb that genre.

“At one time big studios created these art additions to their studios and they tried to get into that business of finding the new young directors,” he said. “But that quickly turned.”

Keitel said the Sundance Film Festival “was a great creation of Robert Redford’s, he deserves applause always for what he did for independent film.

“When we began Sundance, you did not know anybody there, and soon you could not get in unless you were a star.”

Looking back at his career, the Brooklyn-born son of Romanian and Polish immigrants said he had only one regret: he wished he had finished high school and gone to college.

Instead, he joined the Marines at age 17, “looking for some hero journey”, although Keitel also called his three years of military service “a great experience”.

After that, Keitel said, he studied hard and met “the greats in New York, acting teachers, great actors — and got very lucky. And we all need luck in life, it’s not a commodity you can order up, you have to be lucky.” NVG