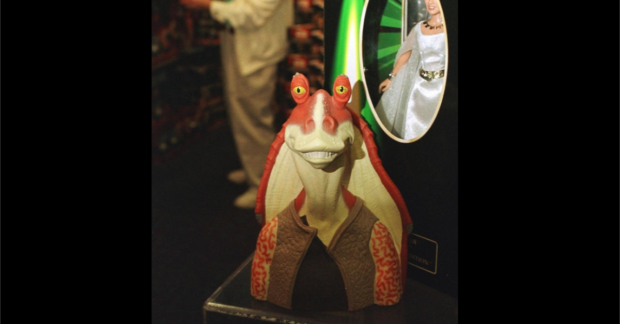 Star Wars fans will get a chance to enter the Jedi ranks in a new Disney+ TV game show — if they can stomach the return of the much-maligned Jar Jar Binks.

The live-action game show will appear on Disney’s new on-demand streaming platform Disney+, which launched in the U.S. last month with a flagship new scripted Star Wars series “The Mandalorian.”

Young contestants will take on challenges in three locations including a forest planet, onboard a star cruiser, and inside a Jedi temple, Disney said Tuesday.

The competition will test “core Jedi principles of strength, knowledge, and bravery,” and will feature iconic Star Wars elements such as lightsabers, hyperspace, the Force and the dark side, a statement said.

However Best — a musician and former “Stomp” cast member — will shun his Jar Jar Binks character this time, and instead play a Jedi master who will serve as host and mentor to contestants.

Mary Holland (“Veep”) will co-host as a “humanoid droid companion.”

Disney+ executive Dan Silver described the show, launching in 2020, as “a totally new format for the franchise.”

It is produced by Disney-owned Lucasfilm and Endeavor Content. NVG