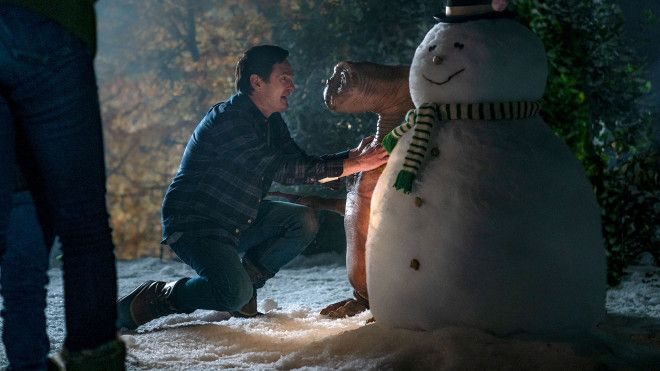 The alien character has returned to earth to reunite with his friend Elliott, 37 years after the film helmed by Steven Spielberg was released.

Actor Henry Thomas reprises his role as Elliott in an advertisement for Xfinity and Comcast called “A Holiday Reunion” featuring John Williams’ music theme from the 1982 film.

The four-minute ad shows a now grown-up Elliott waking up to find his own children discovering E.T. who is hiding behind a snowman in their yard.

“You came back!” Elliott gushes.

Since it had been almost four decades since E.T. was with his friend, Elliott introduced the alien character to the internet, saying “A lot’s changed since you were here.”

The ad also did not miss to include the iconic bike scene from the movie where E.T. and the kids ride into the moonlight.

Read Next
Frontrow holds fun run to raise funds for young cancer patients
EDITORS' PICK
WHO: Indoor airborne spread of coronavirus possible
Water remains our saving grace right now
Motostrada expands by handing over ‘Trident’ and adding new ‘Horseman’ to its growing business
No arrests to be made on 1st day of allowed pillion riding for couples — HPG
House panel set to meet for possible decision on ABS-CBN franchise bid
Digital hunt for Hyun Bin: 5 challenges for Smartees
MOST READ
‘I will always speak up for you’: Server on defending Fil-Am family from racist rant
‘Nouveau’: Agot Isidro hits Jinkee Pacquaio’s show of luxury Hermes, Louis Vuitton bikes
Bela Padilla on being tagged a Diehard Duterte Supporter: ‘Nope, not at all’
Solon withdraws support for ABS-CBN franchise renewal
Follow @KAguilarINQ on Twitter
Don't miss out on the latest news and information.