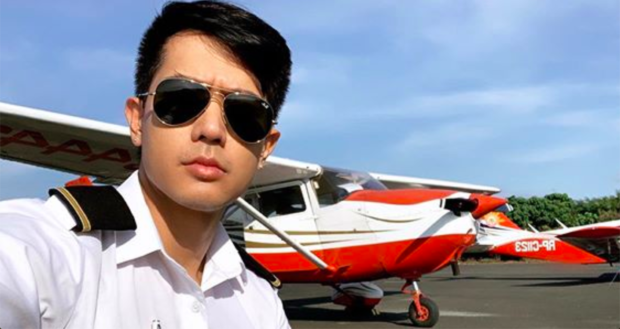 Ronnie Liang has achieved his childhood dream of becoming a pilot as he finished his first solo flight yesterday, Nov. 26, at the APG International Aviation Academy in Subic, Zambales.

The “Pinoy Dream Academy” singer took to Instagram yesterday to post a moment from his pinning ceremony that showed him being drenched with water to mark his latest achievement.

The 25-year-old does not plan to stop reaching new heights in the field of aviation anytime soon. Liang plans to attain his commercial pilot license, which he described as his ultimate goal. He told Pikapika on Oct. 10 that he expected to be a licensed commercial pilot by early next year.

Along with pursuing his aviation dreams, Liang continues his career as a singer. His latest concert, “Love X Romance,” was held at the Music Museum on Nov. 9. During the show, Liang brought Sarah Geronimo on stage as his special guest.  Ryan Arcadio /ra