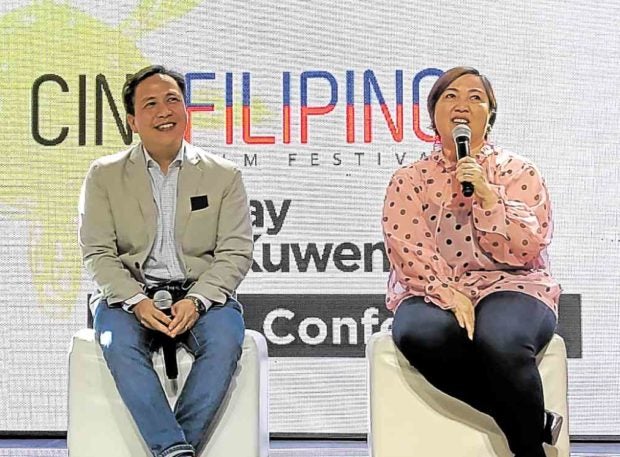 For its fourth installment, the CineFilipino Film Festival is adopting the theme “Buhay ang Kuwento,” which could be translated as “The Story is Alive” and “Life is the Story,” according to festival director Madonna Tarrayo.

“We continue to give promising and established filmmakers a new home, a new voice, for all their stories, to express their narratives that resonate not only in the Philippines but globally,” Tarrayo said at the festival’s launch held at Cities Events Place in Quezon City last Thursday afternoon.

“It has been our aspiration all the time, to be big in our own country and be known overseas,” she added.

“We want a modern film that carries the spirit of being Filipino,” he explained, saying filmmakers should produce content for the Filipino audience.

“We do not make films for international film festivals,” the director-writer continued.

He also hopes that through the festival, the local film industry would evolve and adapt with the times by providing an outlet for “new voices, new visions and new dreams for our filmmakers.”

During its first installment, the festival produced the remarkable Therese Malvar, who beat “superstar” Nora Aunor in the acting category via the film “Ang Huling Cha-cha ni Anita.”

The sleeper hit “Gusto Kita with All My Hypothalamus” by Dwein Baltazar from the festival’s second edition is vying for multiple awards in the Film Academy of Philippines’ Luna Awards later this month.

This year, the festival accepted entries for three categories—shorts, feature-length and series.

CineFilipino did away with series in the last edition, but brought it back this year “because we acknowledge the different screens where we can enjoy watching,” Tarrayo said.

“We recognize how young audiences consume content. We acknowledge that the series is also a good format for everyone to watch,” she continued.

Five of the 10 finalists will be chosen to start production.

As in the previous years, the short film category amassed the biggest number of applicants at over 140. 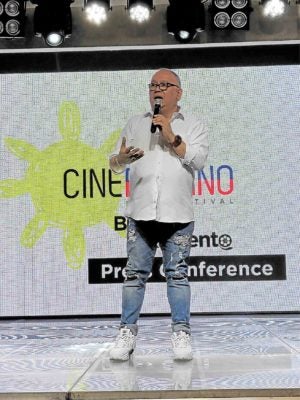 “This is the best batch of scripts we have received. We had difficulty selecting the eight,” Direk Joey shared.

The CineFilipino Film Festival’s fourth edition will have its theatrical run in May 2020.

Festival partner Cignal will eventually make them available via the service’s on-demand platform “Cignal Play,” according to its First Vice President Guido Zaballero. The entries will later be seen on its pay TV arm.

Direk Joey said he hoped the festival would encourage more Filipinos to produce films because “the future of Filipino films does not belong to the theater owners but to the filmmakers.”

Read Next
What scares Sanya about falling in love for the first time
EDITORS' PICK
Legarda: Ending Violence Against Women, a cause for all
This new condo in the South will make you want to turn a new leaf
EJ Obiena’s coach rebuffs Patafa ‘witch hunt,’ says he never complained about pay
Google won’t accept election ads for 2022 national polls
Jonel Nuezca, convicted ex-cop, collapses and dies at Bilibid
Smart offers wireless fiber-like speeds to Filipino homes with country’s first 5G Prepaid Home WiFi
MOST READ
Jonel Nuezca, convicted ex-cop, collapses and dies at Bilibid
Bongbong Marcos to face another disqualification case
BioNTech CEO says vaccine likely to protect against severe COVID from Omicron
Carlos vows to let PNP personnel spend time with family during holidays, work near their home
Don't miss out on the latest news and information.