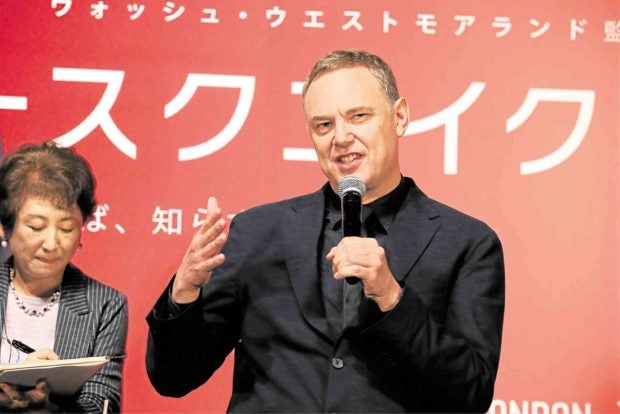 This movie by English writer-director Wash Westmoreland is set in 1989 Tokyo. It features Vikander as Lucy Fly, a Swedish translator suspected of murder when her American friend Lily (Riley Keough) goes missing in the wake of a tumultuous love triangle with Teiji (Naoki Kobayashi), a local photographer.

“I was very happy and lucky to have immersed myself in the life here,” said Vikander, who claimed to have had a lot of adventures over the months she was here in 2018 while working on the movie.

“I met a lot of people I now consider my friends. I had soba the other night,” she said, referring to the popular Japanese noodles made from buckwheat flour.

Vikander pointed out some similarities between Japan and her own country. “In Sweden, we also like minimalist designs. We’re surrounded with wood and glass designs. We also take off our shoes when we go into the house. We eat a lot of pickles and raw fish.”

“To have a big screening at the Tokyo filmfest was probably something that we were hoping for when we made the movie,” Vikander stressed. “Being here to personally meet the audience and the fans was extremely humbling.” 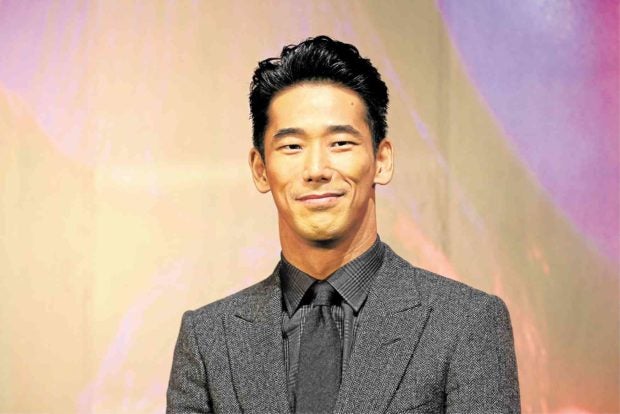 The 31-year-old actress added: “Apart from this being the beautiful and poetic story that it is, I think people will enjoy the stories of the characters and like that it [the film] successfully merged different cultures.”

Vikander had to learn how to speak Japanese fluently, as well as play the cello, for the film.

She observed: “I love that in the last few years, the film industry has become smaller. We now get to work with one another and create new kinds of art.”

Language is a very important element in the film, added Vikander. “We could all have spoken in English, but instead we discussed scene by scene—especially those with Naoki—when to speak English or Japanese or our respective native languages.”

As a result, Vikander had to talk with a language coach for hours on end. “I actually read out all my scenes in English to her, and to another actress I worked with.”

Casting his lead stars had been a very exciting experience for Westmoreland, he said. “When I wrote ‘Earthquake Bird,’ I thought of who from among the actresses today will commit to this role, who will learn Japanese and really deliver the complexities of this character. When I met Alicia, I just knew that she would ace this role.”

For the role of Lily, Westmoreland said he had wanted an actress who “has a naturally opposite energy (compared to Alicia). I just thought the compatibility between Alicia and Riley would work well with this very strange relationship of their respective characters. It’s sort of a great yin and yang of casting,” the director explained. 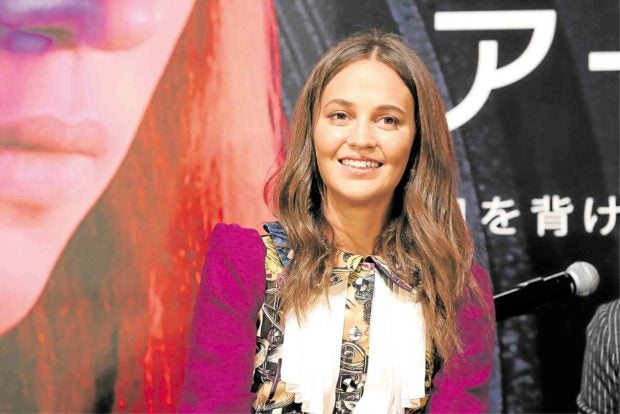 Westmoreland said he also worked closely with an experienced Japanese talent scout to find the actor who would portray Teiji. “We’ve watched so many auditions but couldn’t find the right one until we saw Naoki. After doing some more readings with him, I said, ‘this guy has star power.’”

“Earthquake Bird” is an adaptation of Susanna Jones’ award-winning novel published in 2004. It had its world premier at the BFI London Film Festival in October and started streaming on Netflix on Nov. 15.