After kissing Maine in recent flick, Carlo gets to punch her boyfriend Arjo in ‘Bagman’ Season 2
By: Marinel R. Cruz - Reporter
Philippine Daily Inquirer / 12:35 AM November 16, 2019 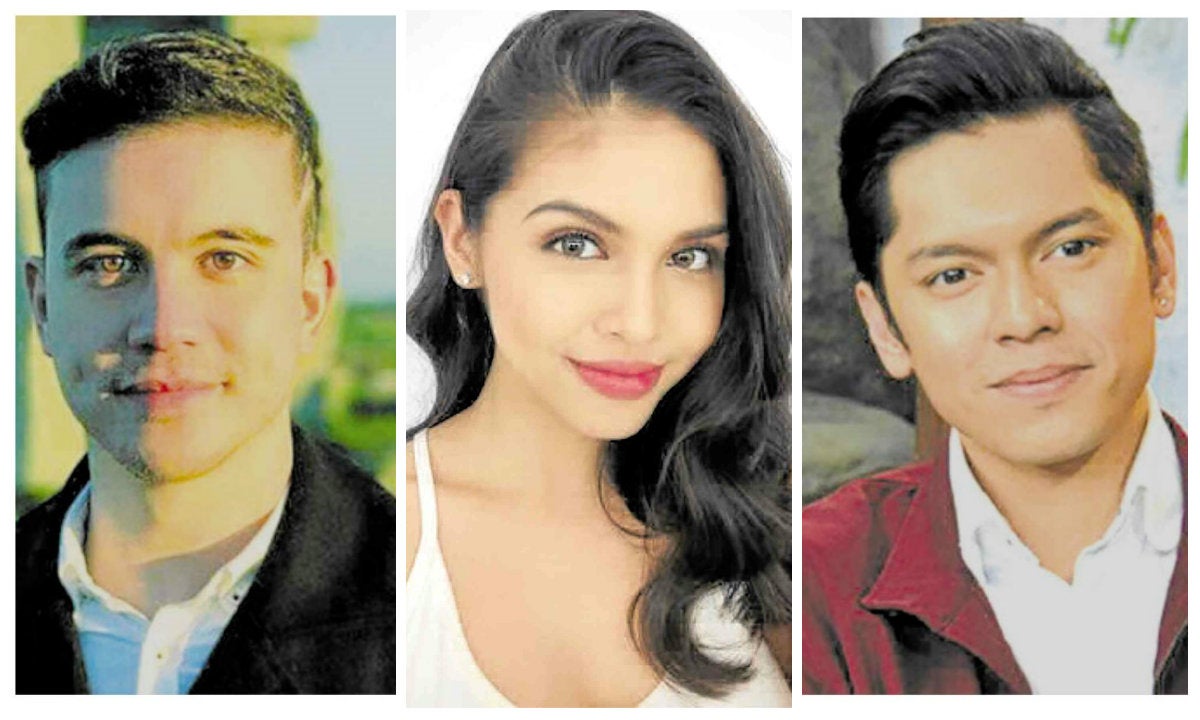 Arjo Atayde said he never felt jealous of Carlo Aquino, whom his girlfriend Maine Mendoza admitted to have had a crush on after she saw the latter’s hit romantic comedy “Meet Me in St. Gallen” in 2018.

“That was in the past, and not anymore,” Arjo said of Maine’s attraction to Carlo.

Arjo added that while Maine’s kissing scene with Carlo in the romantic comedy “Isa Pa With Feelings” was definitely not his favorite, “I still watched it [four times]. As a guy, I didn’t want to see it, but I know it’s work, so I don’t need to feel jealous.”

After Maine, now it’s Arjo’s turn to work with Carlo.

They play archenemies in the second season of Shugo Praico’s action series “Bagman,” which has been streaming on iWant since Nov. 13.

Arjo said that the second season was made more intense with the lineup of actors.

“Expect more explosive scenes. It’s worth watching. It’s something else,” he stressed. “Like what Direk Shugo said, it’s less action, this time, and more talking, but it’s still very intense.”

Doing the show got so intense that Arjo said he accidentally got hit by Carlo twice during shooting.

“It’s nothing so bad that would result in someone knocking out the other. Accidents like those are unavoidable,” Arjo recalled. “They happened while we were throwing punches, throwing each other on the sofa and on the floor, and pointing guns at each other.”

Arjo said that after doing action scenes in the long-running series “FPJ’s Ang Probinsyano,” the accident with Carlo already seemed trivial to him. “How many times did I get hit by all these other actors in that show? You’re doing action, so expect this to happen. They’re really part of it,” he pointed out. “You will get hit eventually, if not by [a person’s fist], it would be with a steel rod or a wooden one.”

He said, at one point, Carlo hit him in the face with the latter’s elbow. “I felt it, and it was a solid one! With Carlo, it’s fun doing action, as well as the different serious tones of acting.”

Shugo said he was well aware of viewers’ high expectations for Season 2 of “Bagman,” which currently holds the record of having the most number of views compared to other shows that streamed on iWant.

“The positive response was so overwhelming. When we first discussed Season 2, we all agreed that it should be more compelling and grittier; and that our lead character, Benjo Malaya, should face a worthy nemesis,” Shugo said, referring to Carlo’s character, Emman Guerrero, who is Benjo’s hitman in the first season.

“The characters we are presenting this season are more complicated, and their world more intricate. Overall, the series is more thrilling and will take us to the cumbersome arena of bagmen,” Shugo declared. “We started with Benjo being a barber, who became the governor’s bagman. This time, he becomes the governor and is now involved in a higher lever of corruption.”

Shugo said Carlo’s character is more complicated than all the others the audience would meet while watching the series.

“This was why we got Carlo,” he said. “We know he can easily do complicated roles. He has to look scary at one point, and then really loving and caring the next—especially when he is with his family. Carlo was perfect in that aspect, as well as with all his physical scenes with Arjo.”