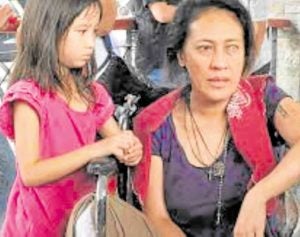 “It’s no longer new, but it still keeps on winning,” said Louie Ignacio, director of the indie drama “School Service,” which won another honor—this time, at the 7th Asian Film Festival Barcelona in Spain.

Ignacio’s film received a Special Mention from the festival under the Netpac (Network for the Promotion of Asian Cinema) category, according to producer Ferdy Lapuz, who received the news via e-mail on Nov. 11.

“School Service” follows the story of Maya, a young girl taken against her will in the province and placed as a beggar in Manila by a small-time syndicate.

“While there was only one Filipino film that won, it’s still a reason to celebrate. At least we’re still very much in the consciousness of international film fests,” Ignacio said.

The victory came on the heels of “School Service” earning a Special Jury Prize and best actress award for lead star Ai-Ai delas Alas in the Directors’ Week section of the 2019 Fantasporto-Oporto International Film Festival in Portugal.—MARINEL R. CRUZ