Will K-pop singer Steve Yoo be allowed into South Korea? 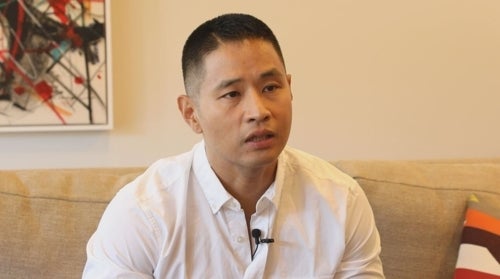 SEOUL — Once a K-pop icon, Steve Seung Jun Yoo, also known as Yoo Seung-jun, is ever closer to entering South Korea again for the first time in more than 16 years.

With the exception of a brief sojourn in 2003, the Korean American singer and actor has not been able to set foot in his motherland since he chose to become a US citizen, which immediately relieved him of his duty to serve in the military in Korea.

Korea’s Military Manpower Administration, or MMA, viewing his US naturalization in 2002 as a deliberate attempt to evade compulsory military duty, has banned him from entering Korea.

But the Supreme Court of Korea sees procedural flaws in the decision by the Korean Consulate General in Los Angeles to deny Yoo an F-4 residency visa.

Contrary to his repeated affirmations on television that he would fulfill his mandatory military duty, Yoo became a naturalized US citizen in 2002 just before he was to be drafted.

A month later, the MMA slapped Yoo with an entry ban on the grounds of “safeguarding the interests and safety of the state” pursuant to the immigration law. As a result, the Justice Ministry added his name to a list of people banned from Korea. In June 2003, however, the ministry issued a permit allowing Yoon to make a temporary visit so he could mourn the death of his fiancee’s father.

In October 2015, the singer petitioned the Korean court to reverse the LA Consulate General’s decision not to issue him an F-4 visa.

Given to overseas Koreans who either once had Korean citizenship or have one Korean parent or grandparent, the 3-year renewable F-4 visa allows its holders to enjoy all the privileges entitled to Korean citizens, except the right to vote.

While the lower and appeals courts ruled against Yoo, the Supreme Court sided with Yoo on the grounds that the consulate had not sufficiently exercised its discretionary power.

On Friday, the Seoul High Court will rule once again on Yoo’s case. Considering the binding decision by the Supreme Court, the appeals court will likely uphold the top court’s ruling and ask the consulate to rethink the visa denial.

But the Korean government and public opinion remain adamantly against Yoon’s return.

“The overwhelming public sentiment is that Yoo can’t reenter the country,” said Ki Chan-soo, the commissioner of the Military Manpower Administration, at a parliamentary audit last month.

“While fully aware that the court has yet to award Yoo a final ruling, the way I see it is that his reentry is unlikely,” Ki said.

In July, just five days after the Supreme Court sent the case back to the appeals court for a review, an online petition against Yoo’s return at the Cheong Wa Dae website garnered more than 200,000 signatures, prompting the top office to respond.

“The government will decide on Yoo’s visa and reentry once the court renders its final ruling,” Cheong Wa Dae said. The presidential office will strive to create a culture of military service without foul play or special privileges, it added.

Even if the Seoul High Court honors the top court’s ruling and the consulate rethinks the matter of issuing an F-4 visa for Yoo, the consulate can still deny it on other grounds.

It can invoke a recently revised law that stipulates overseas Koreans cannot gain F-4 status if they are found to have obtained foreign citizenship to evade active duty.

The consulate can also argue that Korea has no obligation to extend to Yoo, a Korean American, the privileges commensurate with those enjoyed by its citizens. Instead, it can provide him with a more restrictive short-term stay or tourism visa.

Read Next
‘Two terrified old men’ is how Leah Navarro sees Teddy Boy Locsin Jr., Salvador Panelo
EDITORS' PICK
Quick chat with Nicole Andersson: ‘You really don’t need much to be happy’
10 Filipinos positive for COVID-19 in UK, 7 in Ireland — envoy
Robredo spox thanks Duterte for defending VP’s efforts vs COVID-19
IATF to LGUs: Issue ordinances vs attacks on frontliners, COVID-19 patients
Nograles: Cabinet members to donate 75% of monthly salary to aid COVID-19 fight
Diokno to Duterte: OK to make fun of buck tooth, but focus on people’s needs first
MOST READ
Coronavirus hotbed Rizal to shut borders on April 6
Sotto on Isko Moreno’s call: We do our job without the media following our every move
‘Money Heist,’ ‘Tales from the Loop,’ ‘Killing Eve,’ ‘Never Have I Ever,’ ‘After Life’: Five not-to-be missed series this April
Face coverings recommended, but Trump says he won’t wear one
Don't miss out on the latest news and information.

Face coverings recommended, but Trump says he won’t wear one