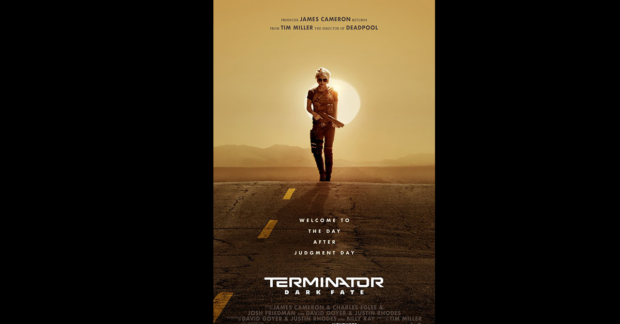 According to the latest figures from Comscore, Sarah Connor’s return to the big screen has taken first place for the second consecutive week in the world rankings with more than $40 million in sales last weekend.

“Joker” with Joaquin Phoenix has maintained its place in the world top three, however, “Maleficent: Mistress of Evil” has been bumped from second place by Roland Emmerich’s “Midway”.

Little by little, Sarah Connor is gaining ground. The sixth episode of the saga, “Terminator: Dark Fate”, has chalked up more revenues with an additional $40.7 million in sales. Tim Miller’s action film has therefore kept its first place in the world’s rankings for a second consecutive week.

Still in third position, “Joker” starring Joaquin Phoenix has continued to scale financial heights with another $29.5 million harvested over the weekend. With a cumulative total of $984 million in sales, the Todd Phillips psychological thriller is now approaching $1 billion in revenue worldwide.

Second in last week’s world rankings, “Maleficent: Mistress of Evil” has descended to fourth place. The second installment in the “Maleficent” saga has left the silver medal to “Midway”, the most recent opus by Roland Emmerich. The war film starring Ed Skrein, Luke Evans, Woody Harrelson, Mandy Moore, Nick Jonas and Patrick Wilson took in more than $39 million (P1.9 billion) worldwide. A small victory on the occasion of what was a long weekend in many territories, which is still a far cry from what was predicted to be a blockbuster success.

‘Maleficent: Mistress of Evil’ claims No. 1 over ‘Joker’

For an encore, ‘Joker’ is No. 1 again at the box office