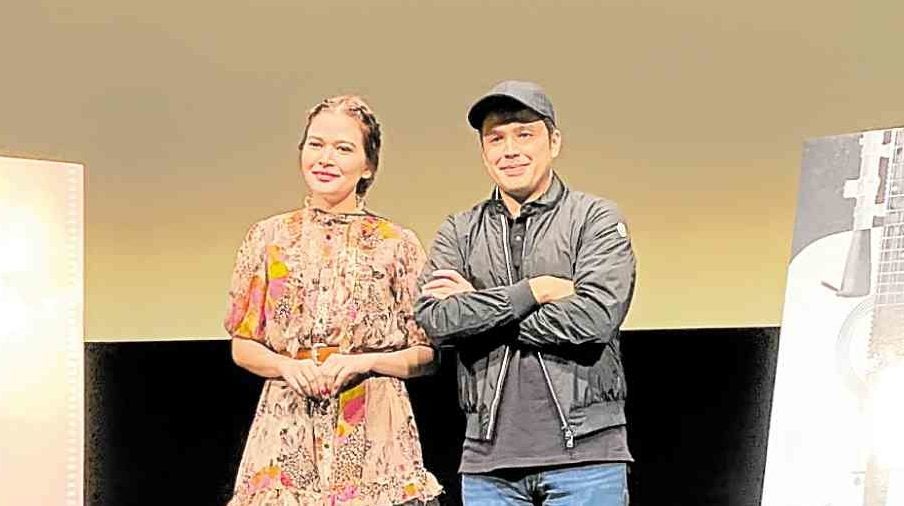 During the Q&A session after the world premiere of “Mañanita” at E.X. Theater here in Roppongi, Paul was asked to say at what level was Lav involved in the writing of the script.

Known for his unconventional style of directing, it was difficult for Lav’s followers to imagine that the renowned director would actually develop and flesh out a full script.

“That’s an interesting observation,” Paul said. “When I told him about the concept, we would meet several times to discuss it or exchange emails. Eventually, about a month or two later, he gave me eight pages and said, ‘I leave it all up to you.’ I translated it to my vision, then added some scenes and dialogue, but he was always there when I had some questions.”

“Mañanita” is one of 14 films that battled in the main competition section of the 2019 Tokyo International Film Festival.

Bela said she learned a lot from working on this material and with Paul, whom she collaborated with for the first time in this project. “Direk Paul already saw the movie in his head even before we started shooting it. There were scenes that were very specific, like I can only move to this particular area for the frame, but then, there were scenes, too, wherein he allowed me to play around and feel what my character Edilberta was feeling. There was the right balance of freedom and direction.”

Bela said she also experienced “the right balance” when Paul “made me walk so much during filming. I lost so much weight because of the physical demands of this movie, but then, I also gained weight because of all the beer I had to drink [as the alcoholic Edilberta]. ”

As to why Bela decided to do the project, the actress said, “My work is mostly for mainstream cinema, mostly love stories and dramas. It’s the first time I was offered an experimental film, and I’m very happy that I said ‘yes’ because the journey Edilberta went through also became my journey as an actress.”

Paul produced Lav’s “Lullaby to the Sorrowful Mystery” in 2016. Since then, the two became close and have assumed a mentor-student relationship.

“I’ve always loved his style. It’s probably one of the reasons I produced his film,” Paul explained, adding that for a couple of years now, he had been studying what was called the transcendental style of cinema.

“Japanese filmmaker Yasujiro Ozu is one of the original storytellers to have used this kind of treatment,” Paul pointed out. “It’s also who I am today. I’ve been a filmmaker for 13 years, and I’m slowly finding my voice, and it’s along this line.”

Paul said the slow pace of this two-and-a-half-hour-long film was deliberate. “It centers on a character who is searching for answers and has a lot of emotional baggage. I want to let the audience feel a little of what Edilberta is going through,” the director explained further. “This is transcendental style of cinema in terms of using time to help tell the story. The film is definitely not your mainstream type of cinema. It’s more of a journey. I call it a meditation.”

Paul said the movie’s music was inspired by Freddie Aguilar’s “Magbago Ka,” which was the actual song that the police would sing to drug users and pushers to make them surrender.

Lav also composed and recorded a song for the film, Paul said.

“Mañanita” will have its nationwide release on Dec. 4.