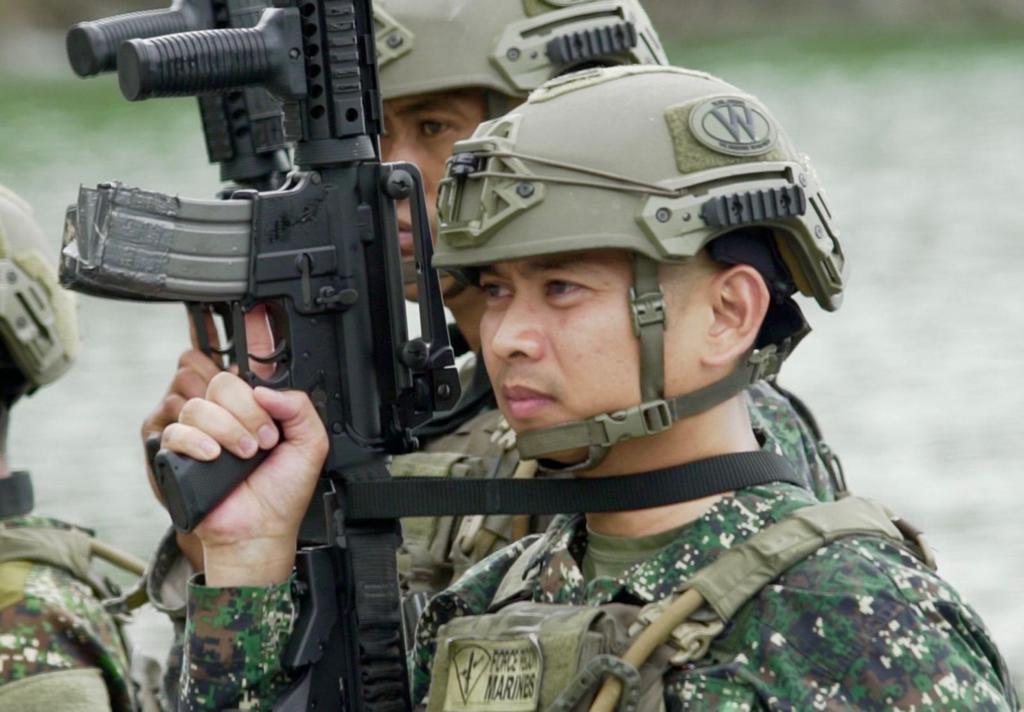 Our soldiers know that the moment they enter the Armed Forces of the Philippines, death is inevitable.

It comes with the territory. Many have given their lives so that we can enjoy peace and order around us.

Then there is Major Romulo “Bong” Dimayuga of the Force Reconnaissance of the Philippine Marines who says there is no such thing as a fearless person.

“Lahat tayo may fear. ‘Yun mga nagsasabing wala silang takot ay yabang na lang yun.” (We all have our fears. Those who say they have no fear are just boasting.)

The life of a soldier is marked by the constant shadow of danger and fueled by the rallying cry of putting others’ welfare before one’s own – all in service of the people and the country.

That in itself is a daunting prospect.

This, however, did not deter Maj. Romulo G. Dimayuga II, who grew up harboring the dream of following in his father’s footsteps.

He knew the risks of being on the frontlines yet he kept being driven onward.

“My early years as a Force Recon Marine were marked with literal blood, sweat, and tears. I have experienced being wounded, being outnumbered in a firefight, losing comrades, being away from my loved ones, among others.

These seem to be enough reasons for a sane man to quit this perilous job and find a safer one, but not for me. I’ve always known that the moment I signed up for the Philippine Marine Corps, all those came inside my canteen cup for free and with unlimited refill.”

Nineteen years into the military service, Dimayuga has held several key positions as a Marine officer and has rendered game-changing contributions to the military. In 2006, his leadership as a platoon commander of a Force Recon Platoon was key to crippling the forces of the most notorious terrorist group in the country by infiltrating their stronghold in Sulu.

This news made headlines.

But the operation came at a price. Dimayuga lost three of his men, including his radioman when they were hit by a rocket-propelled grenade (RPG).

(We got hit by a rocket-propelled grenade and I was unconscious for about two seconds. When I regained my wits, I pulled my radioman. But when I lifted him – his eyes were all white. His jaw shattered and his chest burned from the RPG that hit us. I don’t know what overcame me, but I remember telling him: Go and rest easy we will take it from here.)

Dimayuga and his platoon suffered losses and incurred injuries during this campaign, but they continue to remember this as a victory for the country against terrorism.

“We all have to face our fears. It is a matter of handling that fear and transforming it into survival skills or in my case turning it into aggression.”

Dimayuga is one of the Ten Outstanding Filipinos chosen by Metrobank Foundation for this year.

Read Next
Miss Universe 2019 to be held in Atlanta
EDITORS' PICK
Duterte expected to make announcements on quarantine measures Thursday
Leveling up your ‘lutong bahay’ with the kitchen companion you never knew you needed
Public school enrollment to proceed on June 1 – Palace
Año: IATF recommends GCQ for Metro Manila with localized lockdowns on June 1
Notice of 2020 regular meeting of stockholders June 18, 2020
SM prepares for ‘safe malling’
MOST READ
Metro Manila mayors told: Keeping bus, jeepney ban ‘catastrophic’
Revillame tells Roque: ABS-CBN is in my heart despite being in rival network
DepEd: No need to buy gadgets for alternative learning
Jeepneys banned, buses allowed to operate at 50% capacity in GCQ areas — IATF
Don't miss out on the latest news and information.