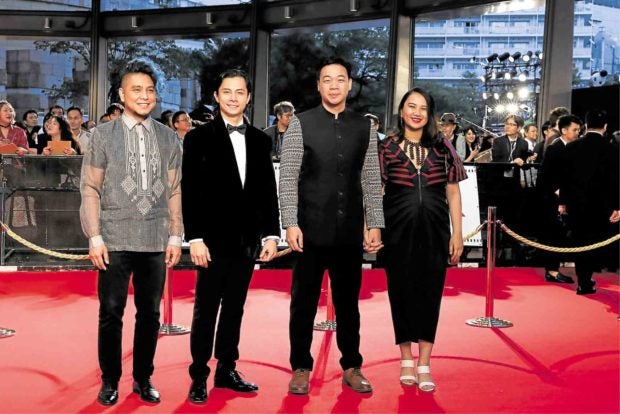 JC, whose film “Motel Acacia” will have its world premiere tonight, added that this was his first time to visit Tokyo and join an international film festival.

“Nabulol ako in my interviews. I didn’t know what to say. I forgot that after walking the red carpet, I was supposed to talk about our film,” he told the Inquirer. “Everything is new to me, and I’m enjoying the experience.” 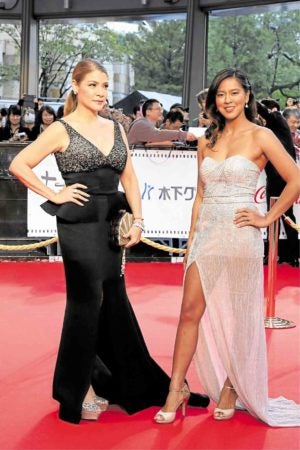 While on the red carpet, JC said he, director Bradley Liew and producer Bianca Balbuena-Liew kept whispering funny comments to each other to sort of “ease the tension.” He added that he was unable to focus on smiling to the photographers because he saw Japanese actor Takeru Satoh, lead star of the 2012 film “Rurouni Kenshin.”

“I shifted to fanboy mode. I kept turning around to see him. I wasn’t minding the photographers,” JC confessed. Satoh is part of the film “One Night,” which has a special screening at the TIFF this year. His group was called to walk the red carpet right after the team of “Motel Acacia.”

“Untrue” director Sigrid Andrea Bernardo, may have walked the red carpet in other film festivals before, “but they weren’t as big an event as this one. This made me tense. I was careful not to trip on my way down the stairs.”

But what made her more nervous, she said, was the Q&A session after the screening of “Untrue” last Tuesday, as well as the symposium she and fellow filmmaker Antoinette Jadaone were supposed to participate in, along with Laotian director Mattie Do. The topic of their talk had been changed at the last minute, Sigrid said. While it was supposed to be about how to make horror films, it is now about Asian women filmmakers doing different genres. 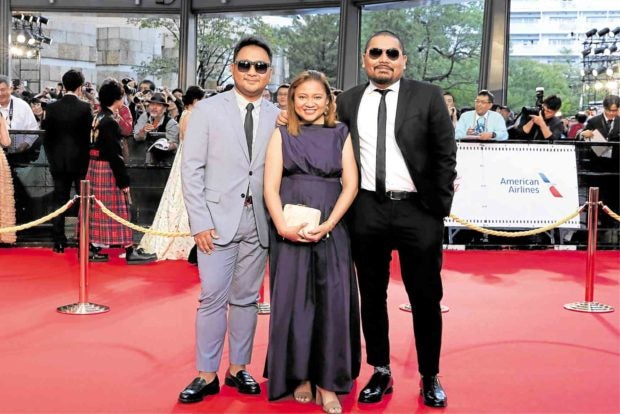 Antoinette, whose “Six Degrees of Separation from Lilia Cuntapay” is part of the Crosscut Asia #06 section, is attending the TIFF with boyfriend, writer-filmmaker Dan Villegas. Shortly after their walk on the red carpet, the couple ran into Australian-Hong Kong cinematographer Christopher Doyle (“Chungking Express,” “Happy Together,” “In the Mood for Love”).

“It’s Dan who’s a big fan of the guy. I didn’t know how he looks like until Dan pointed him to me. He’s a nice guy. He graciously posed for photos with us,” Antoinette shared with the Inquirer.

This may be Bela Padilla’s second time at the TIFF—for Paul Soriano’s “Mañanita”—but she said she was more nervous to walk on the red carpet this time “because there were just two of us there. There were six of us on the red carpet for ‘I America’ in 2016. Direk Paul and I kept reminding each other not to trip and fall because it will be too obvious,” she said. 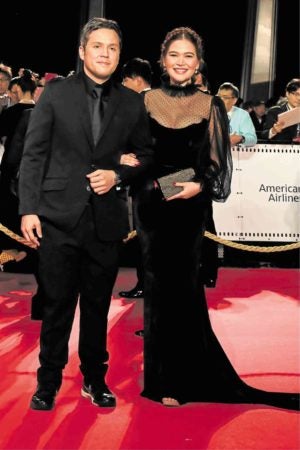 For the event, Bela said she did her own makeup, then took the train to Shibuya to look for a salon to have her hair braided.

“Mañanita,” which is part of the festival’s Main Competition, had its world premiere here last Tuesday. “It’s the first time that an audience got to see it. I wasn’t sure how they would react because the film is experimental,” she said last Monday. “I’m happy that someone from the festival’s organizing team went up to me and Direk Paul to say he liked the movie.”

Bela and Paul will stay here until Nov. 5 to attend the awards ceremony. She, however, said she does not expect to win anything and would just “try to learn as much as I could from the whole experience.”

Paul told the Inquirer the same thing: “I’m letting the film go. Hopefully, the audience here in Tokyo will understand what I’m trying to say. This experience is very humbling. For me, the idea that (Chinese actress) Zhang Ziyi, as well as the rest of the jury members, will put aside two and a half hours of their lives to watch our film is enough. To me, that’s awesome.” 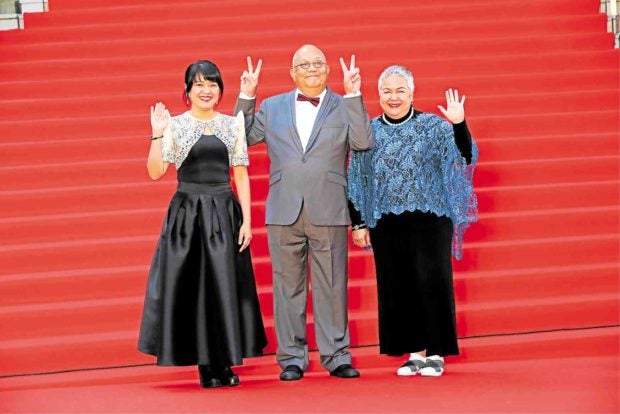 Over 70 groups—representatives from the participating movies, as well as from film sponsors—took part in the opening ceremony last Monday night. The red carpet walk began at 2 p.m. (Manila time) and concluded after three hours. Guests then proceeded to the Grand Hyatt Hotel to attend the hourlong opening ceremony.