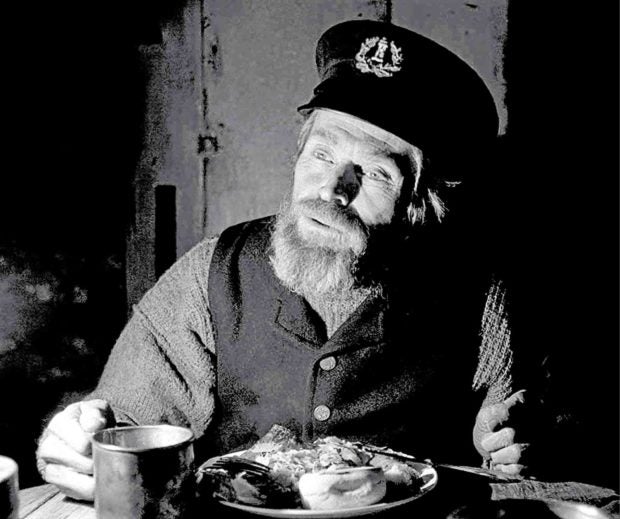 Willem Dafoe in “The Lighthouse” —A24

LOS ANGELES—Add Willem Dafoe’s portrayal of a demanding lighthouse keeper in “The Lighthouse” to his list of best performances.

As Thomas Wake, a veteran wickie (a nickname given to lighthouse keepers) prone to break out in Shakespearean soliloquies by way of Herman Melville and Robert Louis Stevenson, Willem is compelling to watch in Robert Eggers’ weird black-and-white psychological thriller.

Willems’ thickly bearded, crusty seaman obsessed in taking care of a lighthouse in a remote, weather-beaten island off the coast of New England is up there with his finest performances, which include his turns in “The Florida Project,” “Platoon,” “Shadow of the Vampire,” “At Eternity’s Gate” and “The Last Temptation of Christ.”

Set in the late 19th century, director Robert Eggers’ follow-up to his “The Witch” is a major showcase for Willem’s widely respected thespic talents.

Often smiling benignly and speaking quietly in this recent interview, Willem once again reminded us that in real life, he’s one of the nicest guys, not at all like some of the “evil-est” villains he has portrayed memorably onscreen.

In the two-hander “The Lighthouse,” Willem has a perfect counterpoint in Robert Pattinson, who plays his apprentice wickie, Ephraim Winslow.

Trapped and isolated on this island due to a series of fierce storms, the old man and his young trainee soon engage in a battle of the wills, as their differences boil over and climax in a tragic denouement. As Eggers wittily remarked, “Nothing good can happen when two men are left alone in a giant phallus.”

Willem, who is also a veteran stage actor, relished his rehearsal time with Robert before the shoot. While Robert did well in these rehearsals, he “found the process frustrating,” according to Eggers.

But Willem said his and Robert’s different approaches worked to the film’s advantage. “It was good,” the 64-year-old said. “I’d say we had very different characters, processes and approaches. But that was OK. It actually helped to have a certain kind of tension. Difference of approaches was important.

“Also, the jobs of the characters are very different. You see a lot of the film through his (Ephraim’s) eyes and he’s a man who’s being acted on. The thing is happening to him. He is a more reactive character than my character is, at least initially.

“Where at the beginning, it’s my lighthouse, I’m running the show, there’s more text, I’ve got to push him a little bit. I had to have some ideas, some tricks up my sleeve. I had to be rehearsed in those speeches, so that was a different approach. What it helped accomplish is a tension and it accentuated the differences between the two characters.” 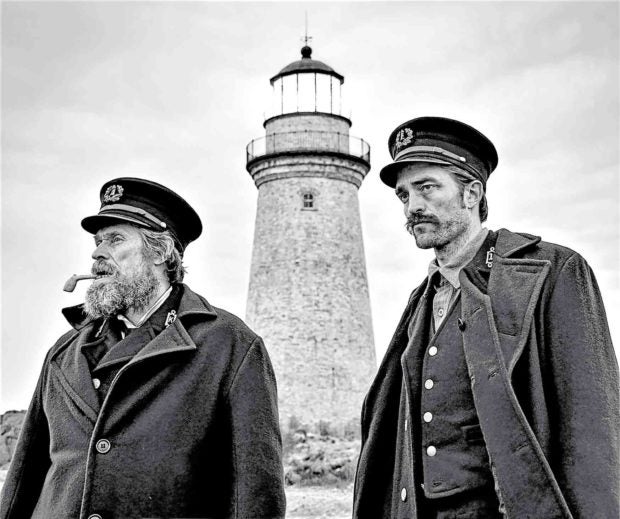 With Robert Pattinson (right) —A24

Asked to confirm reports that Robert went to extreme lengths to play his character, who drinks kerosene with Willem’s character when they run out of booze, Willem grinned as he answered, “No, Rob didn’t vomit. He works very hard. He knows that if he does certain physical things like, for example, in a close-up, it’ll help read just visually.

“He’s been working in movies long enough to know that he could get a certain look in those close-ups.”

On whether he had fun bossing Robert around in their scenes, Willem replied with a chuckle, “I didn’t think of it that way. We helped each other. I never felt like I was ordering him around. I was in the context of the scenes, but that’s acting (laughs).”

“To some degree,” Willem said, still laughing, when asked if Robert did indeed do some of the wickie chores his Thomas bully of a character ordered him to perform. “Certainly, he wheeled around a wheelbarrow of coal a heck of a lot. And he certainly carried up some heavy containers up those stairs, so yeah, he was put to work (laughs).”

“Once, a journalist asked me, ‘Is it true you said, ‘If he (Robert) throws up on me, I’m leaving the set (laughs)?’ It’s not true. People make stories about these things.

“It was a tense set because of the material and the harsh conditions, but with two actors, we helped each other. That was always the case.”

But Willem admitted, “As far as sticking fingers down the throat, yes (Robert did). But let’s not dwell on it. He does much more interesting things.”

As for his take on Thomas, a seasoned wickie who is all-controlling and often reprimands his underling, Ephraim, Willem opined, “I don’t think Thomas is such a bad guy. He’s devoted his life to a particular thing, this whole life of being a wickie.

“This new guy comes on and from my character’s point of view, Ephraim is being all flaky. Thomas is like, come on, get with the program. Thomas wants Ephraim to be a believer, too.

“And the very fact that Ephraim doesn’t quite come and function as an aspiring wickie threatens who Thomas is, and that’s when things start to unravel. It brings to mind lots of relationships we encounter in our lives—couples, boss/employee, father/son, many. So, for me, it was a rich confrontation.” 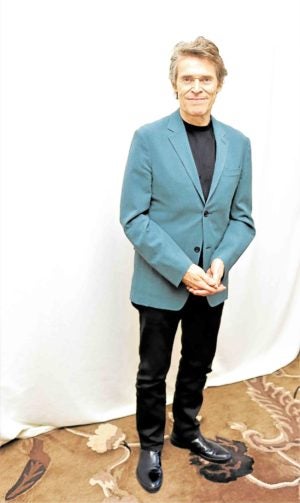 “Actually, I’m pretty good being alone … because my wife works. Also, it’s hard to always follow people around. I travel a lot. I work sometimes in really extreme situations.

“I don’t want my wife sitting at someplace in the middle of nowhere away from her friends, from her work. And she probably wouldn’t tolerate it.”

And who would go crazy first if she and Giada were stranded on a remote island for a long time? “I would,” Willem replied. “She’s stronger than I am.”

Will he someday write a tell-all book about his life, loves and career? “I don’t know why someone would do that,” Willem answered. “You’ll be the first one to know (laughs) if I decide to, but I don’t think so. Besides, that happens when you’re finished working and you’re reflecting.

“Yes, I reflect on what I’ve done, but I’m mostly looking forward because even though I’m 64 years old, I feel like I’m a young man and maybe a late bloomer.

“So, there are many things in theater and film that I still want to accomplish. I’m not living in the past yet. Maybe when I’m old … and can’t do things physically or mentally, but let’s hope we live that long.

“Maybe, I’ll feel the need to repent. You never set the record straight, you know that. As for feeling a personal need to confess, I don’t feel that. I confess through my work.”