However, such a picture landed her in trouble while touring Rome, Italy. Panganiban revealed yesterday, Oct. 29, via Instagram that a police officer told her off for sitting on the famous Spanish Steps, which lead to the Santissima Trinità dei Monti Church.

(For almost 28 years, I have been in front of the audience. I have felt what it is like to be judged, how your every step is watched. How to speak and fight for yourself. For sitting on the Spanish Steps, I was judged…sitting is not allowed here. Sorry to the police.)

New rules were implemented this year in Rome, which in effect limit activities in the city. Sitting on the Spanish Steps, which were made in the 18th century, can cost you €400 (P22,600). For the most part, police blow whistles to warn tourists rather than slap them with fines.

When it came to posing at another well-known attraction, the Trevi fountain, Panganiban abided by the rules and stood for a photo—sitting on the fountain is banned, while taking a dip in the water carries a fine of €450 (P25,500). 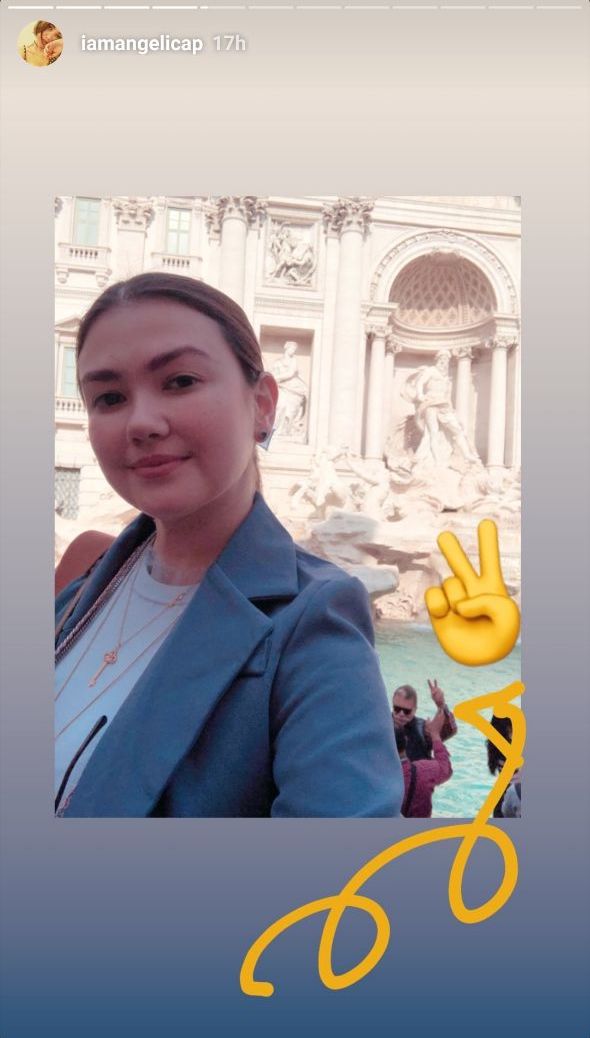 Despite the strict rules, Panganiban has been enjoying the best of Italy, such as having breakfast with wine and chowing down what she dubbed as “the best tiramisu in the world.” 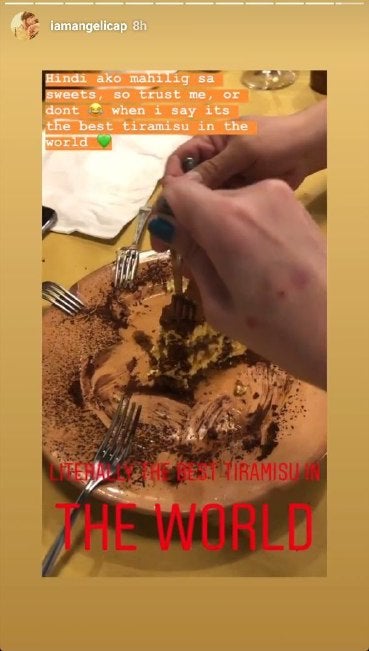 Carlo Aquino says he might have led on Angelica Panganiban, admits Trina Candaza is his GF