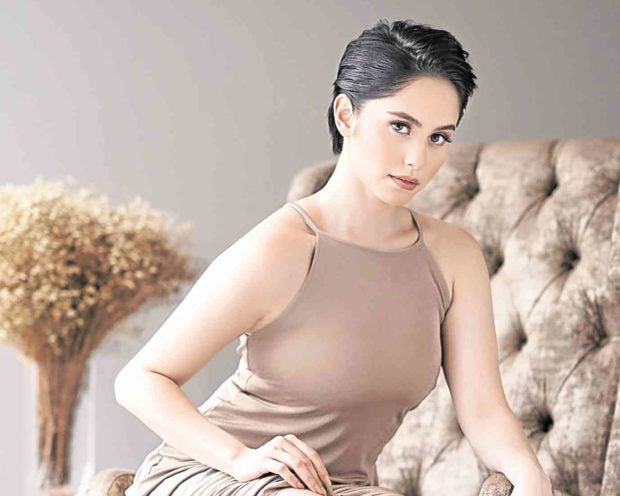 Jessy Mendiola is no stranger to body shaming. And there was a time, she recounted, when reading vile, hurtful comments about her fluctuating weight wreaked havoc on her self-esteem. But not anymore.

“I know that I’m shapely, that I have big thighs and arms. But there’s really nothing wrong with that. I’m now at home and more comfortable with myself,” she told the Inquirer at her recent launch as the endorser of SkinCell, an aesthetics clinic founded by dermatologist Dr. Clarissa Cellona.

Last March, Jessy revealed that, in her desperation to lose weight and meet unrealistic beauty standards, she ended up making some unhealthy lifestyle choices, which eventually led to eating disorders and depression a few years ago.

Fortunately, Jessy managed to get past that rough patch and turn things around. But having that self-assurance she had been yearning for didn’t just fall on her lap—she had to work hard on it.

“I know it sounds cliché, but it’s really about accepting yourself. You can’t change what you have, but you can improve yourself,” said Jessy, who’s now in tip-top condition. “I took it day by day. It took me one step at a time to get to where I am now.”

And once she was at peace with her perceived imperfections, what her bashers think of her no longer mattered.

“It’s about doing the things that make us happy, no matter what other people say. Block out the noise and listen to your voice,” pointed out Jessy, who has already gotten used to the constant negativity online. “Sadly, that has become the norm in the industry.”

“I hope such people also learn how to love themselves so that they don’t take their frustrations out on others; or end up hurting others with their words and actions,” she added. “Still, bashers will always be there and they will find something to pick on whatever you do or say.”

The 26-year-old actress said she only opts for the noninvasive procedures because she’s “afraid of injections.” But generally speaking, she stressed, seeking “treatment” isn’t something women should feel guilty about. “If that will help them build their confidence, why not?”

Of course, it also helps, she said giggling, to have a special someone, who never fails to make you feel good about yourself. “He makes me feel secure and more beautiful,” she said of her boyfriend of three years, television host Luis Manzano. “And he makes me feel loved every single day.”

“When I’m feeling down or complacent, he pushes me. When I find new interests, he’s there to encourage me. I recently got into pole dancing. And he’s all up for that—he even told me that he wants to go with me and try it,” she said. “We’re best friends.”

Luis is just as supportive when it comes to her career. Jessy recently left Star Magic and is now being managed by June Rufino, who also handles Luis. “When things aren’t going well, he gives me sound advice. And when I’m about to make a big decision, he makes sure it’s something I want.”

With Jessy’s change of management came rumors that she would also be leaving ABS-CBN. That’s not the case, as she’s part of the network’s ongoing drama series, “Sandugo.”

“I’m not thinking about that. But I’m exploring new options; I’m staying open to possibilities of doing projects elsewhere,” Jessy said. “I have no bad blood with ABS-CBN. All is well. But now that I’m with Tita June, it will be easier for me to work for other companies.”