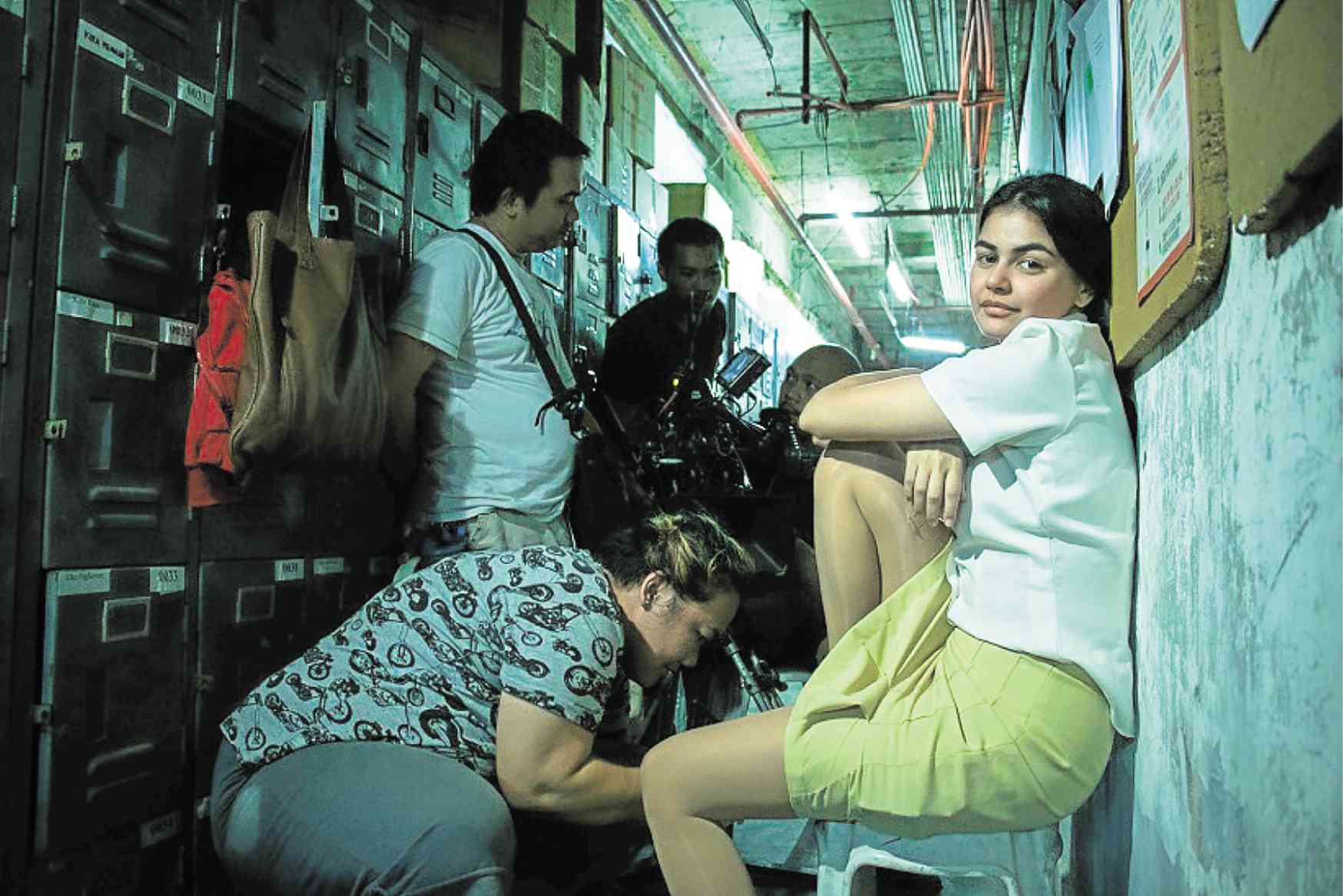 Scene from “Babae at Baril”

One of the things growing up in a show biz family has taught Janine Gutierrez is that achieving fame doesn’t necessarily result in happiness. And so, chasing after it has never been her goal when she decided to enter the industry herself.

“I wasn’t concerned about being a superstar or anything like that. There are a couple of stars in the family, and I can safely say that it’s never about fame, but the happiness and pride you get out of your work. That’s what I keep in mind,” she told the Inquirer in a recent interview.

“I just want to do good work,” added the 30-year-old actress, whose parents are Lotlot de Leon and Ramon Christopher. She’s also the granddaughter of Pilita Corrales, Eddie Gutierrez and Nora Aunor.

That’s exactly what she has been focusing on the past few years: Establishing herself as a capable and versatile actress.

After doing the charming romantic drama “Elise”—for which she turned in a performance some critics described as a “revelation”—Janine continues her search of interesting projects, by way of the psychological thriller “Babae at Baril.”

In the film, an entry in the Asian Next Wave Competition of the 2019 QCinema International Film Festival, Janine plays a jaded saleslady in a local department store.

One night, she discovers—weirdly enough—a gun on her doorstep, and decides that that she has had enough of being an underdog. Along the way, she learns of the power one gets from wielding a gun.

“It touches on the lack of options or the circumstances that force young people to cling to a knife’s edge. It’s about all sorts of harassment girls go through on a daily basis. She gets raped,” she revealed. “If you were in her position and get the gun, would you use it?” 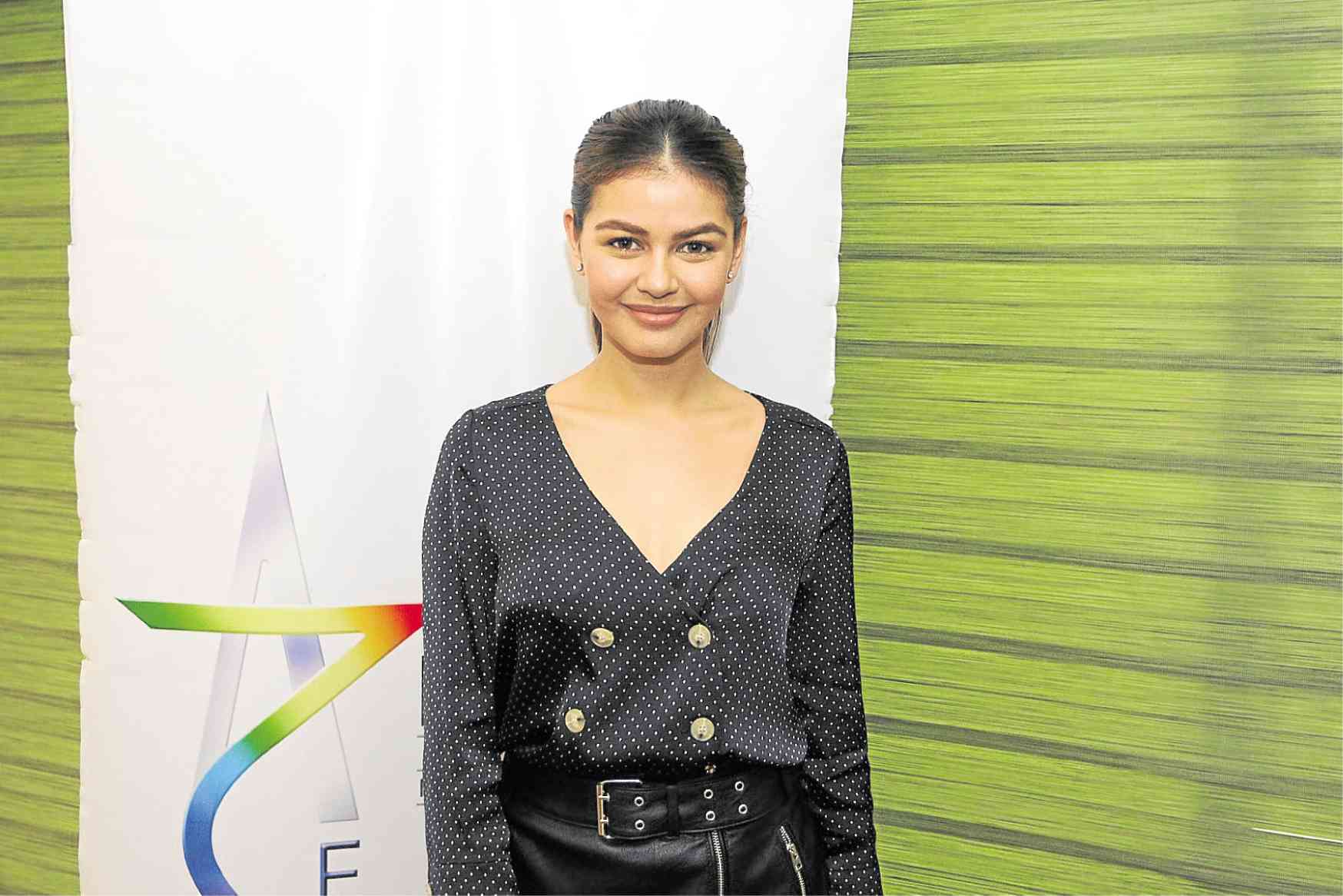 Another facet of her character she relates to is the constant pressure of meeting people’s expectations. “Like a saleslady and as a celebrity, you always have to be accommodating. You have to have a smile on your face all the time; you can’t frown or lose your cool. You can’t talk back,” she said.

“But how much longer can you do that when deep inside you’re hurting or going through hardships?” Janine said of the movie, which is writer Rae Red’s first solo directorial effort.

The GMA 7 star is thrilled about landing such an offbeat role, but there’s also a lot of pressure, she admitted. “Direk Rae wrote the scripts of ‘Eerie’ and ‘Birdshot,’ and I admire her for that. This is her debut film, so I want to please her and give justice to her concept,” she said.

Luckily, the positive reception to her performance in “Elise” has given her a much-needed confidence boost. “I’m super thankful for that movie because it showed a different side of me, and proved that I can go beyond television … that I can do films, too,” the 30-year-old actress pointed out.

“It made me realize na kaya ko pala, especially when you’re working with the right people. The experience made me trust in my skills more. In a way, it raised my standards when it comes to the projects I choose,” Janine added.

“Some of my friends who don’t watch television teased me, ‘Wow, marunong ka pala talaga.’”

Compared to her contemporaries, Janine’s career started to take flight at a considerably later age—in her late 20s. But she’s thankful that things turned out the way they did.

“Now that I’m more mature, I already know what I want in terms of what direction I want to take in my career. And I believe that comes with knowing yourself better. Back then, I would sometimes get talked into doing something I’m not totally convinced is right,” she said.

“But now, I can maneuver through these things much better,” Janine said. “Like this project, for instance. I can’t not do this film, I told myself.”