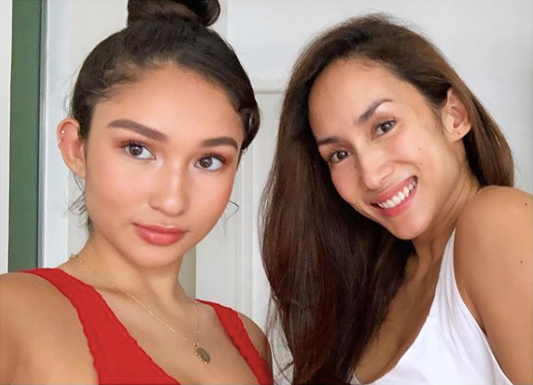 Ina Raymundo’s daughter Erika Poturnak wowed this week in a pre-debut video and photo shoot that showed her confident in her own skin. Poturnak modeled in bikinis and a corset on a beach, proudly flaunting her curves.

Raymundo has been supportive of her daughter willing to be out in public, after years of wanting to maintain her privacy. As the actress said in her Instagram post on Wednesday, Oct. 16: “During her early teenage years, Erika didn’t want me to post any of her photos. She didn’t want to be exposed because she wasn’t ready and I completely understood.”

“I’m so glad we waited for the right moment. Here she is… I’m going to support her all the way.”

✨ Erika Rae ✨ During her early teenage years, Erika didn’t want me to post any of her photos. She didn’t want to be exposed because she wasn’t ready and I completely understood. I’m so glad we waited for the right moment. Here she is… I’m going to support her all the way. Mama loves you… @erikarae.p #erikaraep #officially18 #niceprintphoto #erikaraeturns18

Along with the praises of her daughter’s natural beauty came criticisms, one of which implied a boob job. One @katvalencia1023 commented on Raymundo’s post of her daughter’s pre-debut video: “She’s pretty but I hope she didn’t make her busts too big. Comparing some of her pics before her breasts became too big. Pretty girls do not need to exert too much effort.”

Raymundo was quick to defend her daughter and asked, “What are you trying to insinuate? #ignorant.”

She explained that her daughter has been insecure about her chest. “If anything, my daughter wants to make her breasts smaller. You have no idea how this made her insecure about her body but I’m happy that it’s not affecting her much anymore. She’s embracing what she has. Be careful with what you say.”

She added, “I beg to disagree. I see a beautiful face more than anything.”

At 43, Raymundo is an example of being body-positive and embracing her sensuality. Being a mother of five has not stopped her from flaunting her sexy figure, whether on social media or in a men’s magazine—truly owning what she has got.  /ra

What we know about the Lebanon explosions