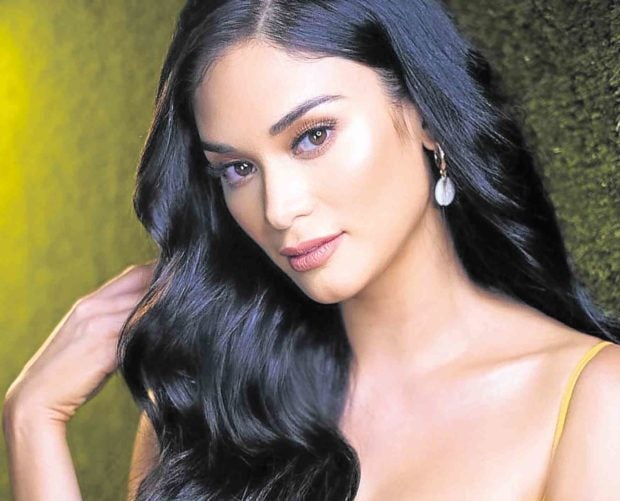 Navigating the aftermath of a career-setting triumph can sometimes be a slippery slope.

But Pia Wurtzbach, whose fairy-tale-like ascent to the Miss Universe throne in 2015 helped boost the country’s reputation as a world power in beauty pageants, says that even setbacks and bouts with melancholy are something beauty queens shouldn’t keep to themselves.

As she told her followers in a recent vlog post, “It’s OK not to be OK.” Admitting that you also have bad days isn’t something to be ashamed of, she stressed. “People put you on a pedestal when you become Miss Universe,” she told us last weekend when she and another iconic beauty queen, 1969 Miss Universe Gloria Diaz, graced the opening of LuxeHome at BGC. “But I don’t want that. I want the beauty queen of today to be a real person.”

She doesn’t mind people seeing the flaws behind her fabulous public persona. That is why when we asked Pia if she would be willing to play Valentina in the upcoming “Darna” flick opposite Jane de Leon, she said she’d be more than willing to get a crack at the role of a villainess.

Of course, playing a meanie would require the actress portraying Valentina to channel her dark side and what led to it.

“I’ve always wanted to play a villain,” she said with a laugh. “Contrary to rumors, I wasn’t really offered the part nor have I auditioned for any character in that movie. But it’s a huge role. Jane is a perfect Darna, so if I’m not going to be Darna, I might as well play her nemesis.”

Steering back the conversation into wellness and mental health, we asked Pia how she shakes off sadness and depression. She said, “At first, I was hesitant in showing that part of my vlog. I was wondering if it was OK to share it. Then, I said, ‘Why not?’ I wanted to reintroduce myself as someone real, so I should be real!

“I want to show that vulnerable side of me to remind people that I’m also human. I want to disprove the notion that just because you won Miss Universe, you’re set for life. I’m just like everybody else. I also have bad days.

“So, whenever I’m feeling down, I stop and try to analyze what’s going on and figure out what’s bothering me. If it’s something I can’t control, I have to learn to let go. I focus on what’s in the now, the blessings that I should be thankful for—ganun talaga.”

The actress-host has a lot on her plate these days: She recently wrapped up her hosting stint in “World of Dance Philippines,” a gig she wishes to revisit soon.

She’s waiting for the powers-that-be to finish “fine-tuning” the script of her upcoming movie with Vhong Navarro. “We’ve shot an hour’s worth of scenes already,” she disclosed.

Pia is also busy taping new episodes for the second season of her travel show on the Metro Channel, “Pia’s Postcards,” which satisfies her wanderlust 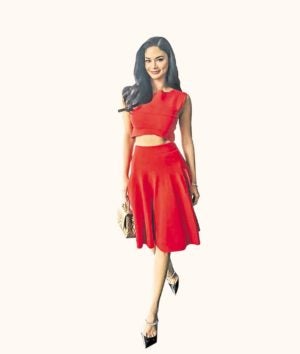 The actress-host is also busy taping new episodes for the second season of her travel show.

“We get to travel for free all over the Philippines and around the world,” she said. “We interview people, feature festivals and try the local cuisine of the places we visit. It’s nice because going to these places makes me feel like Miss Universe again (laughs).”

As if the aforementioned projects aren’t enough, Pia is also set to launch two very disparate but similarly exciting projects: A milk tea business and a book that she recently finished writing .

Asked to describe her upcoming book, Pia shared, “While the lead character is a girl who joins a pageant, the book isn’t really about my life story—it’s a work of fiction loosely based on my journey.

“I wanted to explore that idea with a story that even readers who aren’t fans of beauty pageants can relate to. I just used the beauty-pageant setting because that’s my forte.”

Pia told us she was more than eager to explore her forte and expand her skill set.

From beauty pageants and hosting, Pia is now more than ready to develop another artistic pursuit she is no slouch at: acting.

We told Pia that while we were underwhelmed by Cathy Garcia-Molina’s “My Perfect You,” her dramatic starrer with Gerald Anderson, we were quite impressed with the way she acquitted herself in it.

She was just as viewable in Joyce Bernal’s zany comedic romp, “Gandarrapiddo! The Revenger Squad.” Of course, it would be foolish for anyone to take a movie bearing such a silly title seriously.

One of the things that beauty queens need to take seriously is the Q&A portion, because it sets the smarter contestants apart from those who are merely “easy on the eyes.”

What tips can Pia share with pageant hopefuls who wish to do well in the dreaded segment?

“You have to keep answering possible questions every day!” Pia replied. “It’s all about practice. In my time, I had a notebook with a list of questions with me. So, whenever we’d have Q&As, even if the questions weren’t for me, I would write them down.

“Then, I think about what I’m going say if I’m asked those questions next time. You need to always have a Q&A session going in your head—while you’re in the shower, as you’re doing your makeup, etc.”

While Pia was cool as a cucumber, we also liked her honesty and candor, even when the question was potentially controversial—like when we asked her about Miss Universe 2018 Catriona Gray. 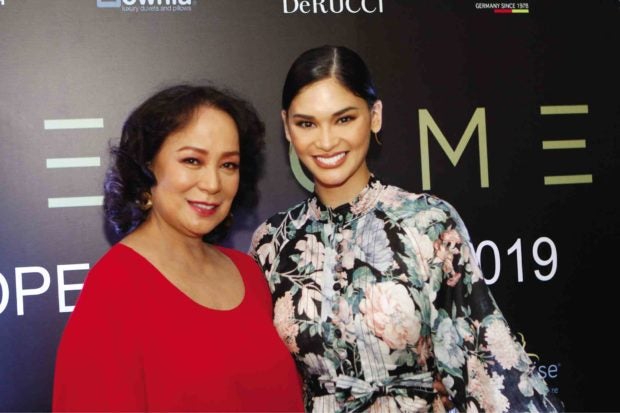 How did she react when people started comparing her to Catriona?

“She’s doing so well! But I understand why we’re being compared to each other,” Pia quipped. “After all, our wins were so close together—they’re only three years apart. Honestly, pitting us against each other used to bother me. It makes me sad because I don’t want to be awkward with her—we’re OK.

“I just didn’t like the idea na parang pinagsasabong kami, because we get along when we’re together. Hindi ko naman napi-feel that there’s a distance or a wall between us. But then, I wish that, instead of comparing us, let’s just celebrate what we’ve managed to accomplish, together and individually.

“I’ve been trying to do my own thing since I passed on my crown. Yes, comparisons can’t be avoided, so I try not to let it get to me. I’m not the type of person who wishes misfortune on other people.

Read Next
This year’s 8 MMFF official entries ‘of good quality,’ says Nat’l Artist Bienvenido Lumbera
EDITORS' PICK
Over 3 Million worth of prizes to be won at Smart Padala’s SENDali Manalo Promo!
Acer starts the year off strong with the Aspire Vero National Geographic Edition
Uproar over no vax, no ride policy: Maybe it’s time for gov’t to say sorry—Bello
97% of COVID-19 beds at PGH currently occupied
Japan brings back virus restrictions over Omicron surge
Gear up and get ready to play with Yamaha Mio Gear
MOST READ
1Sambayan names 7 aspirants in its 2022 Senate lineup
Emma Stone calls Andrew Garfield a ‘jerk’ after he ‘lied’ about his ‘Spider-Man: No Way Home’ appearance
Guevarra to Acosta: Obey rules on unvaccinated
PH to import 60,000 tons of fish to cover shortage
Don't miss out on the latest news and information.