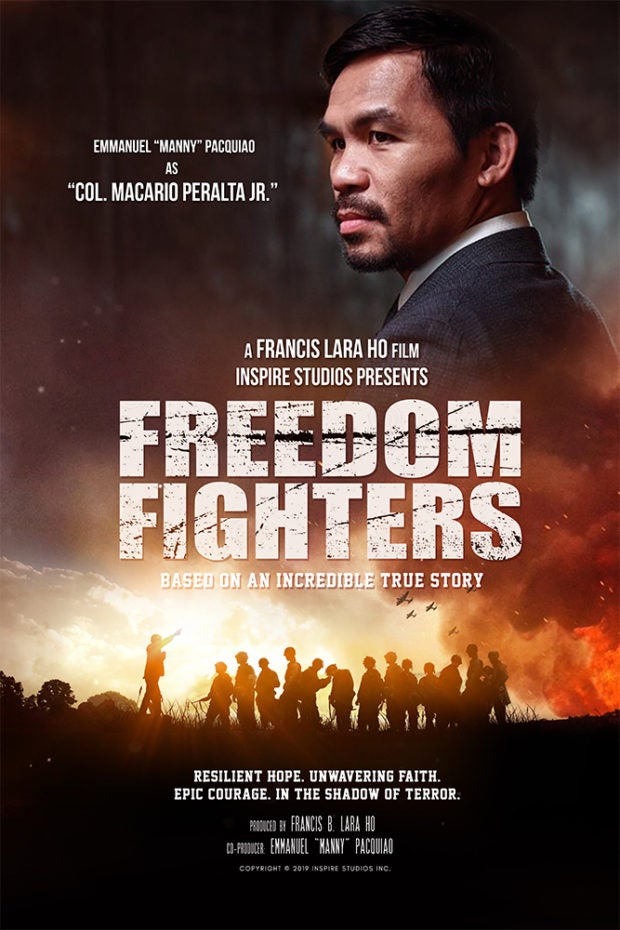 Sen. Manny Pacquiao will be starring in an upcoming Hollywood film titled “Freedom Fighters,” according to a top executive of the film’s producer, Inspire Studios.

Pacquiao will portray Col. Macario Peralta Jr., a leader of the Philippine guerrillas’ resistance against Japan on Panay Island during World War II.

The project is based on the memoirs of one Louise Spencer, an American who resided in a community called “Hopevale” during the said war. The community was established by a group of Americans who stayed in the Philippines to help Peralta and his forces during the Japanese occupation.

The movie will be produced by Inspire Studios together with a “major US studio,” as per a statement sent to INQUIRER.net today, Oct. 17. Francis Ho, chief executive officer of Inspire Studios, said they are currently in talks with other Hollywood and Philippine studios for the project.

“Freedom Fighters” is set to begin production in 2020.

Aside from taking on the role of Peralta, Pacquiao is set to star as the titular character in an upcoming biopic on Gen. Miguel Malvar.  /ra