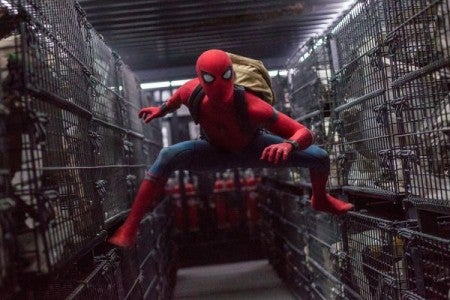 Fleischer is not involved in the next Venom movie, but he reckons he has got an inside line on how the anti-hero franchise is developing.

“And so the thing I think it’s building towards, and will be exciting to see, is when they actually do confront each other,” the “Venom” director told Fandom.

Due to the terms of an agreement between Sony Pictures and comic character owner Marvel, Venom needed a new origin story.

Instead of evolving from Spider-Man, as per comic book tradition, the 2018 movie had its alien symbiote manifest independently — Spider-Man was not part of the story at all.

However, an improved relationship between Sony and Marvel saw a third “Spider-Man: Homecoming” movie put back on track, and may have extended into the “Venom” franchise, Fleischer’s comments suggest.

Fleischer was speaking as part of a publicity tour for this week’s “Zombieland: Double Tap” rather fittingly, given that Woody Harrelson co-stars in the “Zombieland” franchise, and is expected to do the same in a “Venom” sequel, per a post-credits sequence for the first film.

Fleischer stepped down from the second “Venom” earlier this year, a decision linked to his commitments to “Zombieland: Double Tap.”

The director’s seat was then filled by Andy Serkis, director of “Mowgli: Legend of the Jungle” and an actor in “Black Panther,” “The Lord of The Rings” and “Planet of the Apes” movies.