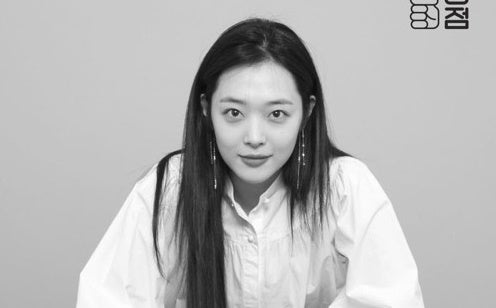 SEOUL — Singer and actress Sulli, also known as Choi Jin-ri, was found dead Monday at her home outside Seoul. She was 25.

Sulli entered the entertainment industry at just 10 years old, making her debut in 2004 in SBS drama “Ballad of Seodong.”

In 2009, Sulli joined the highly competitive K-pop scene as a member of five-piece girl group f(x). She was 15 at the time. While she was the youngest of the act, she was also the tallest, leading fans to affectionately call her “Giant Baby.”

In 2015, she left the group and took a yearlong break. She later revealed the reason for her departure on an online broadcast, saying, “I did not know why I had to do certain things, I was just told to do it. At some point, I realized (that this was not fit for me).”

In 2017, she returned to acting, starring in the film “Real.” The crime flick that centered on a casino flopped at the box office. In June this year, she released the single album “Goblin,” writing lyrics herself for the three songs. The effort failed to take off.

Over the past few years, the entertainer had been constantly under the media spotlight for her bold statements and actions. She courted controversy with statements that put her outside of some societal norms here, and by posting photos of herself braless on social media.