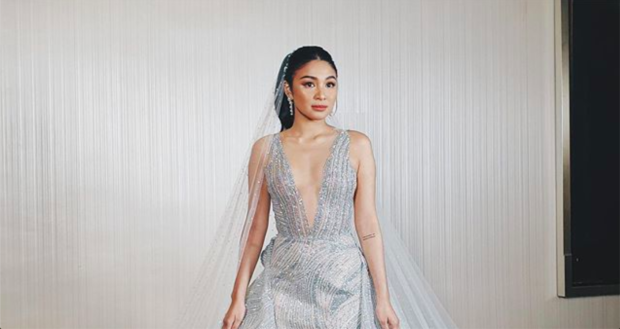 Nadine Lustre is being hailed as queen by her fans once again as “Ulan” enters the San Diego Asian Film Festival.

The news spread as #Nadine and #UlanatSDFF trended on Twitter on Oct. 15 thanks to fans praising Lustre, who led the film as the romantically-frustrated Maya alongside Carlo Aquino’s Peter.

Fan account @JaDineNATION shared the good news on Tuesday morning and congratulated both Villamor and Lustre.

Lustre also starred in director Antoinette Jadaone’s “Never Not Love You” alongside boyfriend James Reid which was showcased at the International Film Festival of India, the first film Lustre starred in that premiered internationally. Lustre won the Gawad Urian Award for best actress for her role as Joanne in the 2018 film.

The same fan account pointed out this fact, clearly proud of Lustre’s achievements.

It is a back-to-back international film festival screening for Nadine Lustre, with Never Not Love You being an official selection at International Film Festival of India 2018 and now ULAN at San Diego Asian Film Fest 2019! What a feat! 👸

“It is a back-to-back international film festival screening for Nadine Lustre, with Never Not Love You being an official selection at International Film Festival of India 2018 and now ULAN at San Diego Asian Film Fest 2019! What a feat!” the user said.

Twitter user @bumforjadine also joined in the trend, even making a meme showing admiration of the film and Lustre’s feats.

Never Not Love You by Antonette Jadaone, starring Nadine Lustre and James Reid, was invited for the World Panorama section of International Film Festival of India 2018.

Alongside “Ulan” , there are other Filipino films that will be shown at the SDAFF from Nov. 7-16. These are “John Denver Trending”, “Empty by Design”, “Lingua Franca” and “Manila is Full of Men Named Boy”. NVG

Nadine Lustre bares what aspect of her appearance gives her insecurities