Golden Cañedo eager to step out of her comfort zone 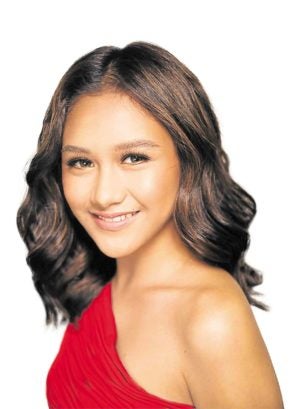 In an effort to expand her versatility as a singer, “The Clash” Season 1 champion Golden Cañedo has been taking steps to get out of her comfort zone by trying her hand at other musical styles besides Tagalog ballads.

“I have learned to explore different kinds of genres—not just OPM. Now, I also do English songs, including upbeat ones,” Golden told the Inquirer in a recent interview for “All 4 You: The Clash Concert,” which is set on Oct. 19 at the Arcadia Performing Arts Center in Los Angeles, California.

Her goal, the 17-year-old Cebuana newbie said, is to be a well-rounded performer.

“I have also been listening to many singers; I’ve been studying their styles,” she related. “I want to try pulling off a total performance a la Beyoncé, in numbers with singing and dancing.”

Luckily, her regular stint in the variety show “Studio 7” has been helpful in making her more comfortable onstage.

“At first, I was concerned only about how I could survive in the competition. But through the show, I was able to build confidence in myself … I’m now more focused on giving my best in every performance,” she related.

She has released three singles so far, the latest being the sentimental power ballad, “More Than Before.” Hopefully, having an album is up next.

“It feels great when listeners tell me that they can relate to my songs. Of course, I would love to have an album. But that’s up to my management and label, GMA Music,” she said.

In “All 4 You”—mounted by Kapuso Concerts; visit www.starmediaentertainment.com—Golden will share the stage with “The Clash” judges Christian Bautista, Ai-Ai delas Alas and Lani Misalucha.

“Hearing all the good things they have been saying about me is so heartening. Being told they’re proud of me relieves some of the pressure. It also motivates me to do better, especially because I’m still starting out in the industry,” she pointed out.