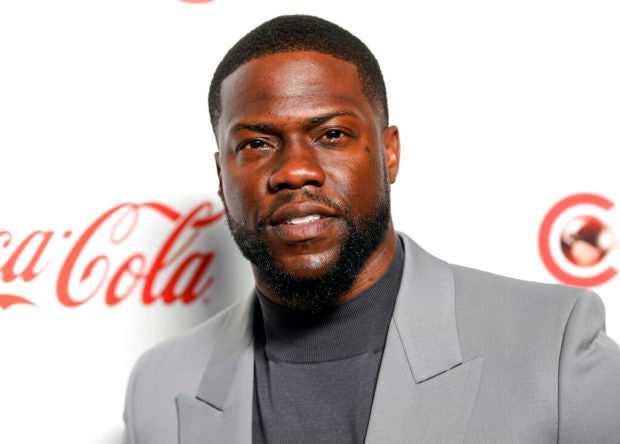 Jared Black was turning on to Mulholland Highway near Malibu early on Sept. 1 when he accelerated and lost control while driving the comic actor’s 1970 Plymouth Barracuda with Hart and Black’s fiancee, Rebecca Broxterman, as passengers, the report from the California Highway Patrol said.

The car then careened down an embankment and slammed into a tree, the report said. Evidence from an examination of the Plymouth suggested no one had been wearing seatbelts.

“I have nothing but love for Jared and wish him and Rebecca a speedy recovery,” Hart said in a statement released through his attorney later Thursday.

Hart’s attorney, Andrew Brettler, told The Associated Press on Thursday that the actor is doing OK, still recovering from his injuries and doing physical therapy at home. Hart is limiting his professional commitments but expects to be back at work by the beginning of next year, Brettler said.

The report reiterated that Black was not under the influence of alcohol or drugs. It said he violated the law, but did not say whether charges were likely.

The CHP redacted the statements given to investigators by the three people involved, along with all details about their injuries.

Neither Black nor Broxterman could be reached for comment. It was not clear whether either had an attorney or other representative who could speak for them.

No other cars were involved in the crash.

Black made a right turn at about 12:45 a.m. on to Mulholland Highway in the Barracuda that had recently been modified and modernized and had a 6.4 Liter Hemi V-8 supercharged engine, the report said. His quick acceleration caused the right rear tire to break traction and he lost control.

The car crossed the oncoming lane of the two-lane highway and went down the steep embankment, knocking down a vinyl fence before hitting the tree head-on so hard it was uprooted and rolled down the hill, the report said.

The back of the car flew upward and the roof also hit the tree, severely smashing it down, investigators said. The sides were also smashed, and some doors couldn’t be opened.

Black and Broxterman were trapped inside and had to be removed by first responders, who took them to a hospital.

Hart got out of the car and quickly left the scene, the report said. The CHP previously said he headed to his nearby home seeking medical help, and was later also hospitalized.

A witness who saw the crash called 911 and said a man who appeared to be Hart “looked like he’s hurting,” according to a recording previously released by the Los Angeles County Fire Department.

Hart, a Philadelphia native who became a standup comedy standout and in recent years has emerged as a major movie star, will next appear in “Jumanji: The Next Level,” a film he completed before the crash that is scheduled for a December release. NVG