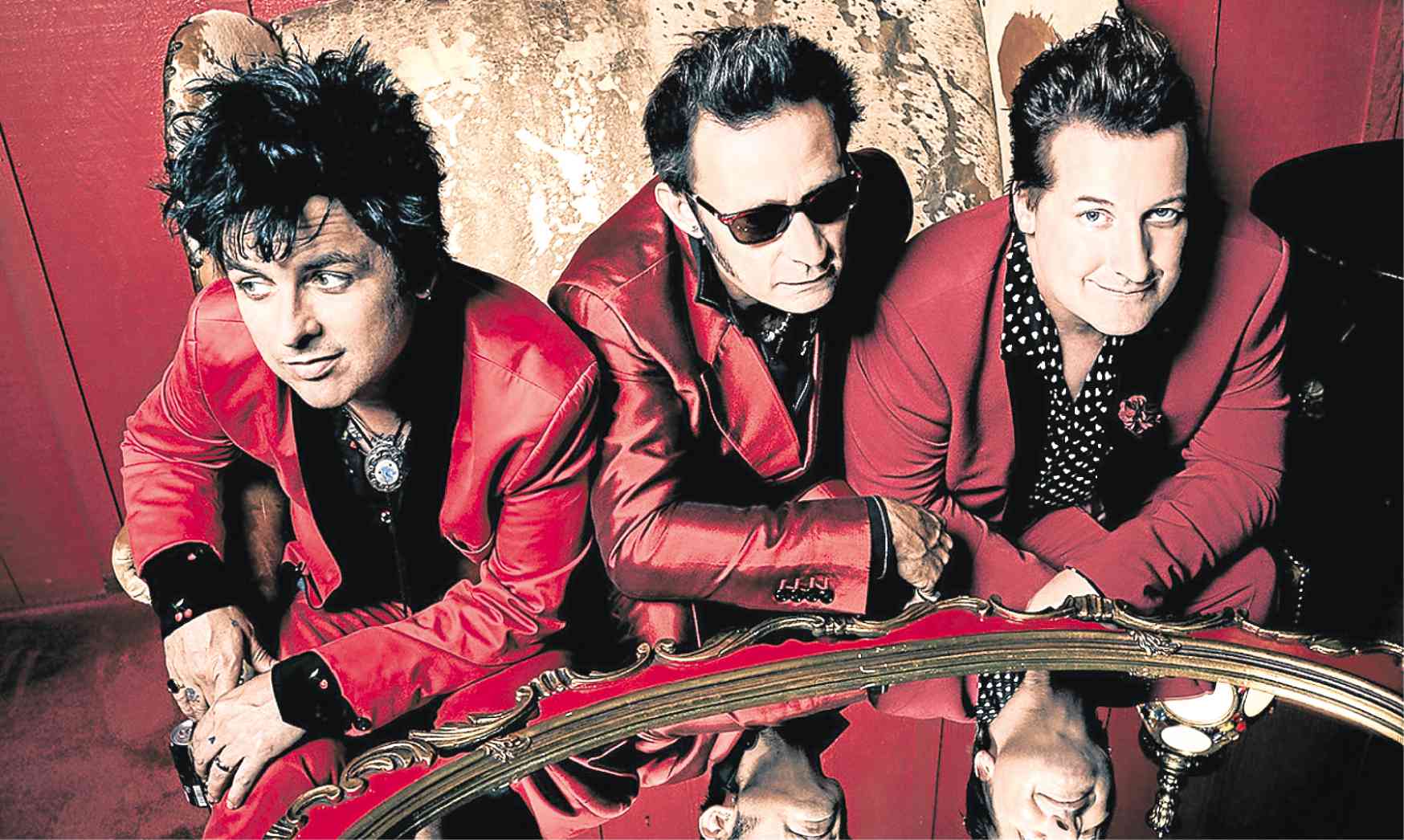 Green Day, one of the 1990’s bands credited for popularizing the punk rock genre on the mainstream music scene, is set to hold its first-ever concert in the Philippines on March 14 at SM Mall of Asia Arena.

The show—mounted by MMI Live—will be part of the group’s upcoming “Hella Mega Tour,” which will kick off shortly after it releases its 13th studio album, “Father of All…” in February next year. Tickets go on sale starting Oct. 13 (call 8470-2222, or visit www.mmilive.com).

“This record is ‘The New’ soul, Motown, glam and manic anthemic. Punks, freaks and punishers! The Dirty messy. The Stink. The lyrics are like a party and lifestyle of not giving a fuck. The life and death of the party. Not political. Surviving in chaos. The real shit,” the band said of its soon-to-be released record.

Led by vocalist and guitarist Billy Joe Armstrong, Green Day is regarded by critics as one the most influential bands of its generation. It has won five Grammys, sold over 70 million records worldwide, and accumulated an estimated 10 billion audio and visual streams.

Its iconic 2004 album “American Idiot” spawned a Tony-winning Broadway musical of the same title. And in 2015, the American band was inducted to the Rock and Roll Hall of Fame.

Among Green Day’s biggest and well-loved hits include “Welcome to Paradise,” “When I Come Around,” “Boulevard of Broken Dreams,” “Wake Me Up When September Ends,” “21 Guns,” “Good Riddance” and “Basket Case.” —ALLAN POLICARPIO