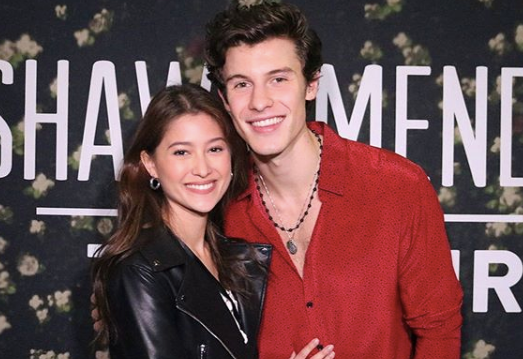 Asia’s Next Top Model Season 5 winner Maureen Wroblewitz could not help but fangirl when she met Canadian singer Shawn Mendes during his concert at SM Mall of Asia (MOA) Arena on Thursday, Oct. 10.

Wroblewitz regaled her fans by sharing a photo of her with Mendes via her Instagram on the same day.

“Most of you know that I‘ve been a fan of Shawn since I was 15 and now I can finally post an unedited photo of us,” said Wroblewitz.

It will be remembered that Wroblewitz also divulged in March 2017 that Mendes was her “biggest celebrity crush.”

She added it was her first time to go to a concert by herself, teasing singer boyfriend Juan Karlos Labajo in the process by saying she enjoyed Mendes’ concert a lot.

“Thank you all for being so nice to me, it was my first time going to a concert alone and I enjoyed it a lot,” she said. “Sorry @karloslabajo.”

This was Mendes’ second concert in the Philippines, having held his first performance in the country on March 18, 2017. After Manila, Mendes will be hitting Macau and Yokohama in Japan before heading to Australia, New Zealand, Brazil and Argentina for the rest of his world tour.  /ra

Maureen Wroblewitz blows off steam about society’s intolerance of LGBT