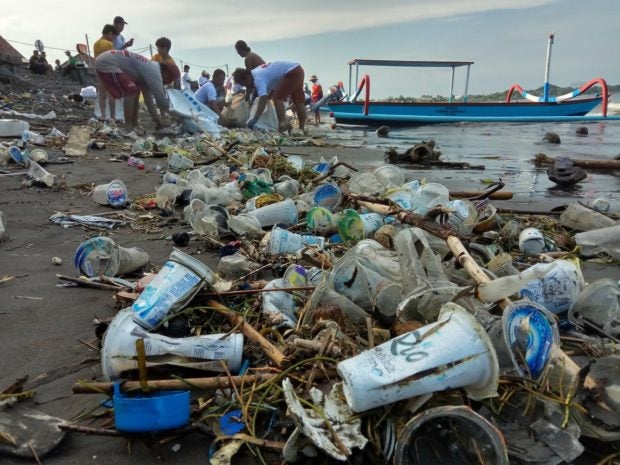 BANDUNG, Indonesia — A documentary on global plastic pollution premiered at the Mill Valley Film Festival in California on Oct. 6 as part of the Active Cinema initiative.

Directed by Deia Schlosberg, The Story of Plastic features a solid timeline about one of the most pressing global environmental problems, namely plastic waste, according to executive producer Stiv Wilson.

It illustrates the journey of plastic, from the extraction of raw materials for its production to plastic packaging being thrown away as waste. It also presents the view of the oil and gas industry about plastic.

In making the documentary, Schlosberg shot in countries across the globe, including Indonesia.

Aside from having problems related to waste management, Indonesia is described as a country that has human resources to deal with the problem of waste, including plastic.

While in Indonesia, Schlosberg – who won an Emmy Award for her documentary Backyard – collected footage of Jakarta’s Ciliwung River, the Bantar Gebang dumpsite in Bekasi, West Java, and street rallies in East Java against diaper pollution in the Brantas River.

“The film introduces viewers to solutions and the global resistance and network of international heroes working to combat this urgent problem, including Capt. Charlie Moore [Algalita Marine Research & Education] who discovered the North Pacific Garbage Patch,” Wilson wrote in an email to The Jakarta Post.

The documentary is a collaborative effort between The Story Of Stuff Project and React To Film. It also reveals the shocking agenda of the oil and gas industry, which dramatically increased plastic production across the world.

“Driven by cheap American shale gas, the plastic industry is aggressively investing to produce more single-use plastic, with devastating consequences for marginalized communities and the environment. As much as the plastic producers would like to put the responsibility on consumers, plastic production and pollution is not about demand, it’s about supply, and the supply is exploding. The Story of Plastic will not only change viewers’ lives, it will fuel a worldwide movement,” Wilson said.

Schlosberg stole media attention in October 2016 when she was arrested and charged with criminal offenses for filming the #ShutItDown protest in North Dakota.

Schlosberg produced Josh Fox’s climate change film How to Let Go of the World and Love All the Things Climate Can’t Change (Sundance/HBO). Schlosberg also coproduced Awake, A Dream from Standing Rock (Tribeca/Netflix) and The Reluctant Radical. Her short film Backyard, which takes a look at the human impact of fracking, won two student Emmys. She also won the National Geographic Adventurer of The Year Award for hiking 7,800 miles (12,500 kilometers) across the Andes.

Schlosberg collaborated with Wilson from Berkeley, California, who has produced some short movies for The Story of Stuff Project, such as The Story of Microbeads, The Story of Microfibers, and This Land is our Land, that led to policy changes at the city, federal and industry level, including a ban on the use of micro beads in the United States signed by President Obama in 2015.