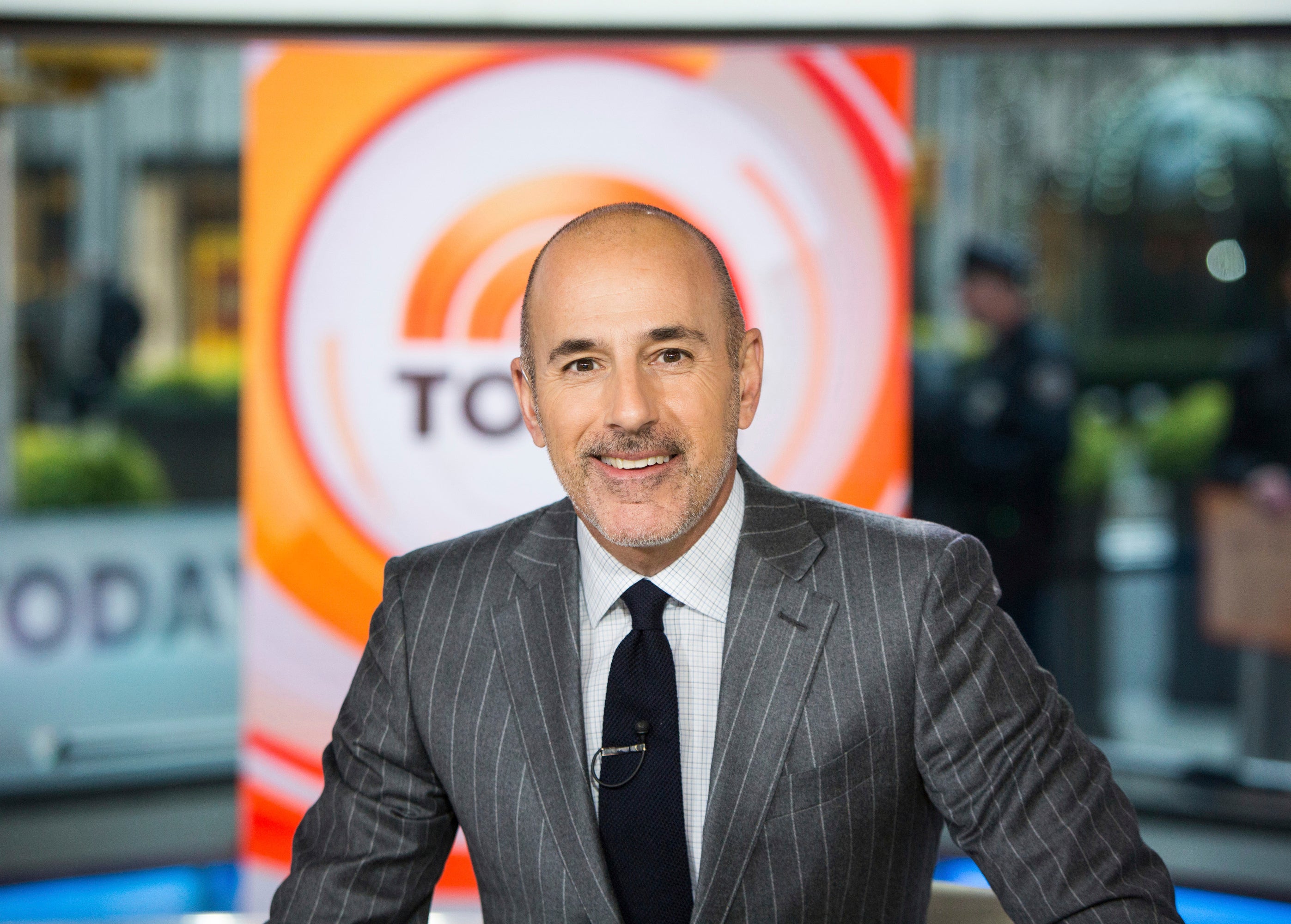 This Nov. 8, 2017 photo released by NBC shows Matt Lauer on the set of the “Today” show in New York. A woman who worked with NBC at the Sochi Olympics claims she was raped by former anchor Lauer at a hotel there, an encounter the former “Today” show host says was consensual. The woman made her claim in Ronan Farrow’s book, “Catch and Kill,” a copy of which was obtained by Variety. Lauer was fired by NBC in 2017 for what it called inappropriate sexual conduct. (Nathan Congleton/NBC via AP)

NEW YORK — A woman who worked at NBC News claimed that Matt Lauer raped her at a hotel while on assignment for the Sochi Olympics, an encounter the former “Today” show host claimed was consensual.

The claim outlined by Brooke Nevils in Ronan Farrow’s book, “Catch and Kill,” puts a name and details behind the event that led to Lauer’s firing by NBC in 2017. It also provoked the first public response from Lauer, who said in a defiant and graphic letter made public by his lawyer that “my silence was a mistake.”

Variety first reported Nevils’ charges after obtaining a copy of Farrow’s book. The Associated Press typically does not identify alleged victims of sexual assault, unless they step forward publicly as Nevils has done.

Nevils, who was working for Meredith Vieira in Sochi, met her for drinks one night and Lauer joined them. Nevils said she had six shots of vodka and wound up going to Lauer’s room.

In his letter, Lauer admitted to his extramarital affair with Nevils. He said on that night in Sochi that they consensually performed a variety of sexual acts.

“She was a fully enthusiastic and willing partner,” he wrote. “At no time did she behave in a way that made it appear she was incapable of consent. She seemed to know exactly what she wanted to do.”

Lauer’s defense of his behavior extends beyond his relationship with Nevils. He said he has “never assaulted anyone or forced anyone to have sex. Period.”

He also acknowledges other extramarital encounters and criticized the women involved for having “abandoned shared responsibility” for the affairs to shield themselves from blame behind false allegations.

“They have avoided having to look at a boyfriend, a husband or a child in the eye and say, ‘I cheated’,” Lauer said. “And I will no longer provide them the shelter of my silence.”

Lauer said the night in Sochi was the first of several sexual encounters he had with Nevils over several months, including one in his dressing room at NBC, which “showed terrible judgment on my part.”

Nevils’ lawyer did not immediately return a message for comment on Lauer’s letter Wednesday.

Eleanor McManus, who co-founded the group Press Forward to support victims of sexual abuse in the news industry, said Lauer’s letter was “unbelievable.”

“Lauer’s statement demonstrates not only his lack of remorse, but his lack of understanding of sexual harassment and the #MeToo movement,” said McManus, who said she was harassed by journalist Mark Halperin (who lost jobs at NBC and elsewhere because of these and other accusations). “Nowhere in his letter does Lauer acknowledge the power he yielded as a celebrity and the star of NBC’s highest-rated show. The two people in that hotel room in Sochi did not have equal power.”

Farrow’s publisher, Little, Brown & Co., said that the book has been fact-checked and incorporates the responses of individuals and institutions that were included. When it is published, “readers will understand the full context and impact of Farrow’s work, and the bravery of the sources who entrusted him with their stories.”

NBC News Chairman Andrew Lack sent a memo to his staff on Wednesday, saying that any suggestion that NBC knew of Lauer’s conduct prior to the night before he was fired for “inappropriate sexual conduct” was wrong. There were no claims or allegations of improper conduct by Lauer prior to that, he said, although settlements were reached with two women regarding Lauer after he was fired.

“Matt Lauer’s conduct was appalling, horrific and reprehensible, as we said at the time,” NBC News said in a statement Wednesday. “That’s why he was fired within 24 hours of us first learning of the complaint. Our hearts break again for our colleague.”

Nevils’ story was reported Wednesday on the show Lauer hosted for two decades. His former co-host, Savannah Guthrie, called it shocking and appalling.

Lauer said in his letter that he ended the affair poorly and understands how that must have made Nevils feel.

He said that he hadn’t responded publicly before to allegations in order to spare his family pain, but that now he has their support to address them publicly.

“Anyone who knows me will tell you I am a very private person,” Lauer wrote. “I had no desire to write this, but I had no choice.” /kga