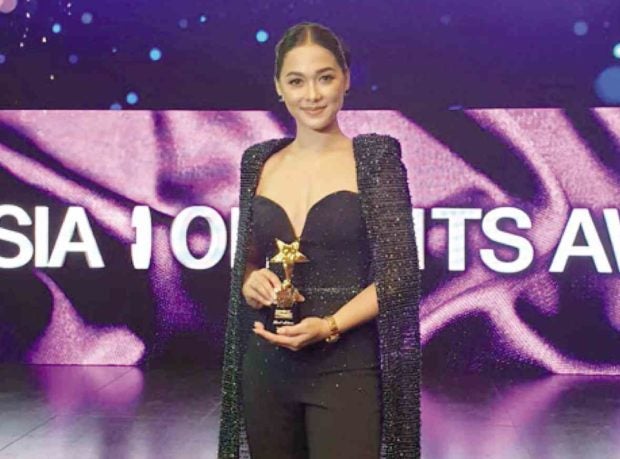 She couldn’t have asked for a better birthday present.

Just a day after she turned 31, Maja Salvador was hailed best actress for her portrayal of Lily Cruz and Ivy Aguas in the drama series, “Wildflower,” at the 1st Asian Contents Awards in Busan, South Korea last Oct. 6.

“Indeed, happy birthday to me! Thank you, Lord!” she wrote in an Instagram post. “I’m happy that we’re able to bring honor to the local industry. Thank you to everyone who supports me—you inspire me to always give my best. I love you!”

The said award-giving body, which seeks to give recognition to television and digital series from around Asia, was conceived and mounted by the Busan International Film Festival and its Asian Film Market—an organization “covering all stages of the film industry, from preproduction to film sales.”

In her acceptance speech at the star-studded awards ceremony held at Dongseo University’s Sohyang Theater, Maja thanked her home network ABS-CBN for entrusting her with “Wildflower.”

“Playing Ivy Aguas and Lily Cruz was a great challenge and pleasure for me as an actor,” she said of what she went through knowing that viewers empathized, cheered and, from time to time, hated her for her choices.

Maja also related that she drew inspiration from her costars, specifically veteran actor Tirso Cruz III, “who upped my game and encouraged me when I thought I had nothing more to give,” Maja added.

Meanwhile, the Film Development Council of the Philippines, which leads the Philippine delegation to the Busan fest, said Maja’s win will help “open doors” and prompt “the international film industry to take interest in our local talents.”