Natalie Portman talks about taking a crack at being Thor, playing astronaut in new film 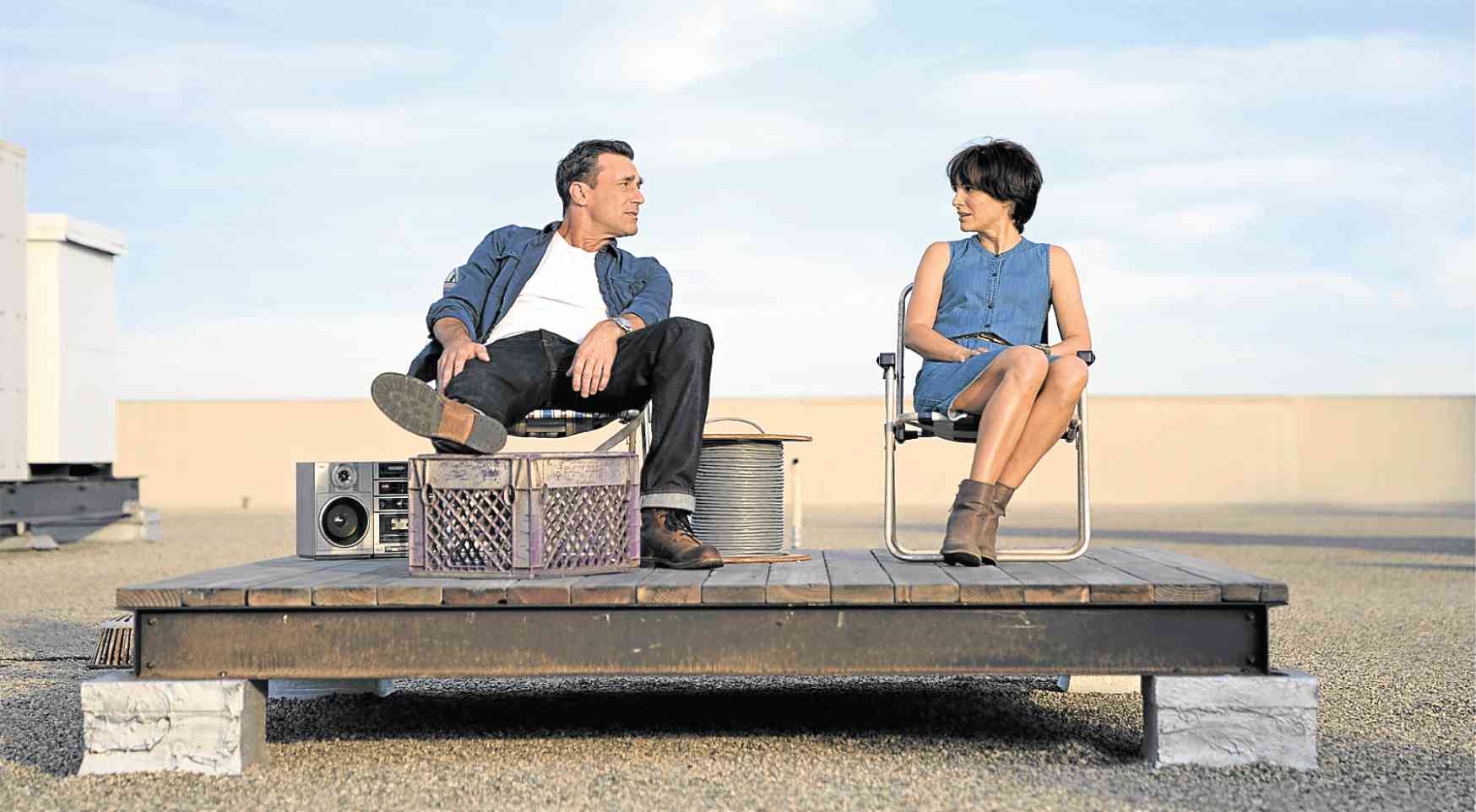 Jon Hamm (left) and Natalie Portman in “Lucy in the Sky”

LOS ANGELES—The newest Thor looked elegant in a Celine short black dress with white ruffles turtleneck and cuffs. Natalie Portman, in case you missed it, is joining the league of Marvel Cinematic Universe (MCU) superheroes in “Thor: Love and Thunder.”

In her return to the MCU’s “Thor” franchise, Natalie gets to swing the hammer. Taika Waititi, who will direct, write and costar (as the voice of Korg) in “Thor: Love and Thunder,” was quoted in an interview as saying, “[She’s] a Thor. There’s still the other Thor, the original Thor [played by Chris Hemsworth]. She’s not called Female Thor. In the comics, she’s called the Mighty Thor.”

That will be an interesting scenario in Taika’s take, which will also star Chris and Tessa Thompson, as Valkyrie. Natalie has previously played astrophysicist Jane Foster opposite Chris in two “Thor” movies.

In the meantime, she plays an astronaut, Lucy Cola, in the jump of Noah Hawley, creator of “Fargo” and “Legion,” from television to feature film directing.

Loosely inspired by the story of astronaut Lisa Nowak and her alleged criminal activities, “Lucy in the Sky” also features Jon Hamm and Zazie Beetz.

Natalie, who won Oscar and Golden Globe best actress honors for “Black Swan,” has been married to French dancer and choreographer Benjamin Millepied since 2012. They have two kids, Aleph (born 2011) and Amalia (2017).

You are going to be the female Thor. How cool was it to pick up that hammer at the CinemaCon in Las Vegas? Yeah, it was really exciting to wield the hammer. I’m excited to work with the whole group with Taika Waititi (who costars, writes and directs), Tessa Thompson and Chris Hemsworth. It’s a dream team experience and so cool to get to be part of something that makes so many people dream and enjoy.

This movie is loosely based on astronaut Lisa Nowak and her alleged criminal activities arising from her relationship with fellow astronaut William Oefelein. How much did you know about that story? The film is quite different from the story that inspired it. So, of course, I read about it, but the character is different. A lot of the elements of her background and where the character goes are quite different. It wasn’t the focus, but it was one of many pieces that I read about.

Did you dream of becoming an astronaut when you were a kid? It was absolutely my fantasy as a kid. I was in the generation of Sally Ride when I was growing up. We talked about it in school, and it was absolutely a dream. 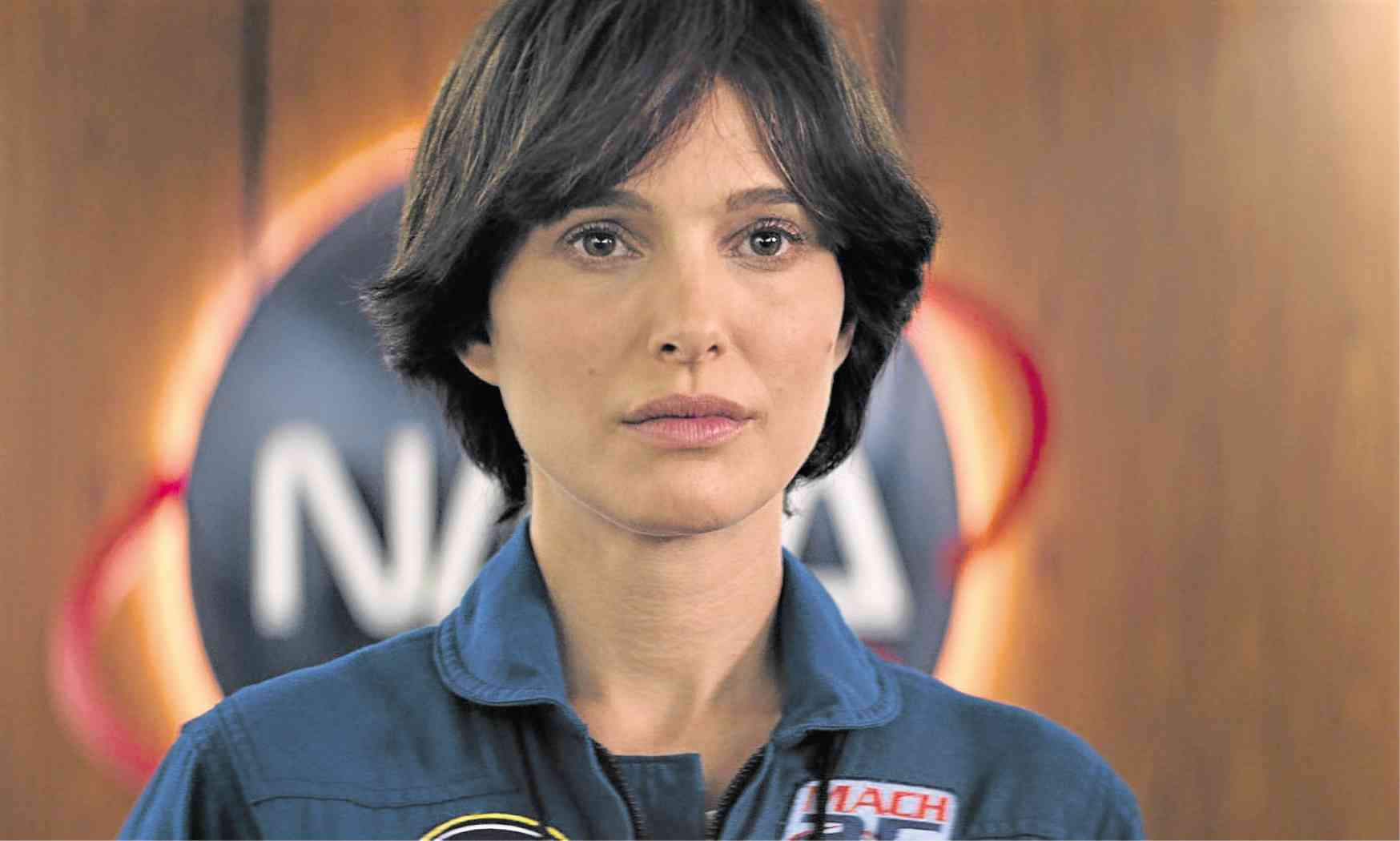 If you saw recently, there were supposed to be two female astronauts on a mission. They didn’t have enough female spacesuits for both of them, so only one got to go, which was insane. It’s a situation in space travel that it’s not prepared (for female astronauts).

There’s an amazing documentary on Netflix, “Mercury 13,” that’s about when they started the space program. They had a whole group of women ready to go, then at the last minute, it was canceled.

The second person in space was Russian Valentina Tereshkova. There have been amazing women doing it, and it was my total dream to do it. When I put on the space suit, I was just in heaven.

Your character Lucy seemed to have a good life on earth. What was the trigger for her change? Part of the existential crisis that she’s facing is that when you have this experience of extreme wonder—she goes to space, sees the galaxy, experiences this extreme sense of beauty, joy and wonder and then comes back and things are banal.

She’s trying to recapture that magic, and she’s finding a spark of it in this relationship. But life on a daily basis becomes kind of … I wouldn’t say meaningless, but it feels small.

Noah talked a lot about having this very specific personality where Lucy is this high achiever and perfectionist and always needing to do everything right, then putting pressure on top of it until it just explodes. All of that tension of having to be correct all the time.

Then, her grandmother, whom she’s close to, dies. And her job is basically taken away because of something that she feels is unjust. Then this man screws her over. The way we plotted it out was to have this very tightly wound character, then just keep adding pressure until she explodes.

Astronauts in real life undergo rigorous psychological tests. They actually talked about that when I visited Nasa. They were saying that they go through intensive psychological testing because it’s difficult to be in space for a long time, without your family. 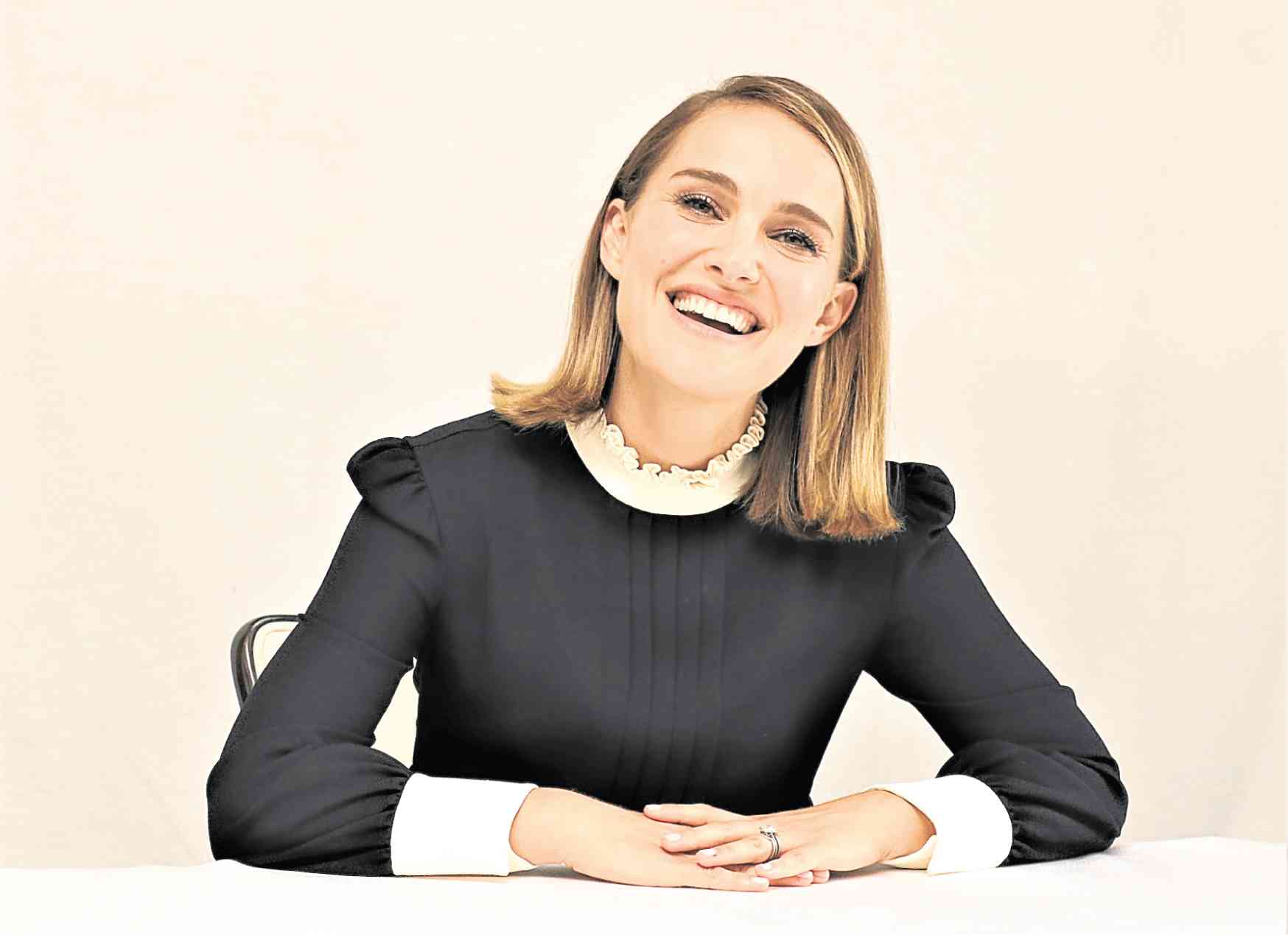 You’re with the same group of people. It’s important that everyone gets along because you’re in a small space with other people with nothing in the middle of nowhere.

So your psychological sturdiness is one of the most important things. Which is why it’s unusual when an astronaut becomes unhinged because they’re so thoroughly vetted.

But you can totally understand when you hear some of their stories. There was one astronaut who said that when he was in space, he could put his thumb up and erase the planet. He could just cover up the earth.

He realized how insignificant we are and how insignificant everything is. It would throw any thinking person into a complete crisis. Once I started listening to astronauts’ experiences in space, I completely understood where Lucy’s crises could come from.

You are married to choreographer Benjamin Millepied. One of your most memorable roles was the ballerina in “Black Swan.” What is your relationship to dance? My husband Benjamin runs LA Dance Project, which you should come to. It’s incredible and they have a big dance festival this fall. So yes, dance is a big part of my lifestyle, which is lucky because it’s a very beautiful element of life. And my whole family dances. We dance all the time (laughs).

How important is it for you to seek projects by female directors? Very important. I made the commitment. I think it was about six months ago that actors committed to work with a female director within the next year and a half. I signed on to that commitment. I haven’t done it yet, but I will do it.

A lot of it is unconscious bias. I don’t think people are purposely saying, we’re going to be favoring men. Even for women, we all have a lot of biases in our systems of thinking that it’s a man’s job. Being aware of it and talking about it is changing a lot already.

Even this fall, you’re seeing a lot more films directed by women. So, it’s been a great conversation to have.

Are you still a vegan?

Yeah. That’s a concrete way that everyone can make a big change. And of course, countries changing emissions standards, how often people fly, single use plastics and all of that can be a big change and needs to happen. And young people are demanding it, so hopefully, governments and old people will listen.