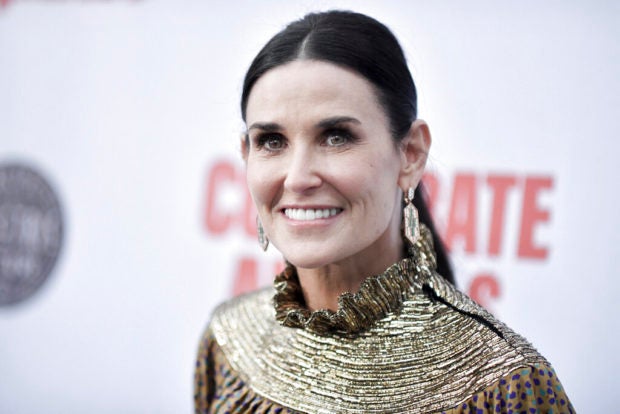 Demi Moore’s memoir “Inside Out” details her personal struggles including her six-year marriage with Ashton Kutcher.

She admitted that in trying to please Kutcher, she agreed to have threesomes with him, but felt shame after. The actress wrote that she “went into contortions to try to fit the mold of the woman he wanted his wife to be,” as per an excerpt published by E! News yesterday, Sept. 24, the day her book was released.

“I put him first. So when he expressed his fantasy of bringing a third person into our bed, I didn’t say no. I wanted to show him how great and fun I could be,” she explained in the book.

However, she felt in the end that the sexual encounters were a “mistake.” “I was strangely flooded with shame, I couldn’t shake the feeling that this whole thing was somehow my fault,” wrote Moore.

She claimed that Kutcher justified his alleged cheating because of the threesomes. “Because we had brought in a third party into our relationship, Ashton said, that blurred the lines and, to some extent, justified what he’s done.”

She further explained that phase in her life on “The Ellen Show” yesterday.

“It was a misguided sense of not really wanting to look maybe at the harder question or maybe what was really missing or, in my case, because I really felt like I had created an addiction to him, that my codependency in a way I’d never had before. I never had that kind of attachment,” she said.

Moore has not had public relationships since separating from Kutcher. She was previously married to singer Freddy Moore and actor Bruce Willis.  Niña V. Guno /ra

Demi Moore reveals rape at 15, life struggles and healing in memoir ‘Inside Out’