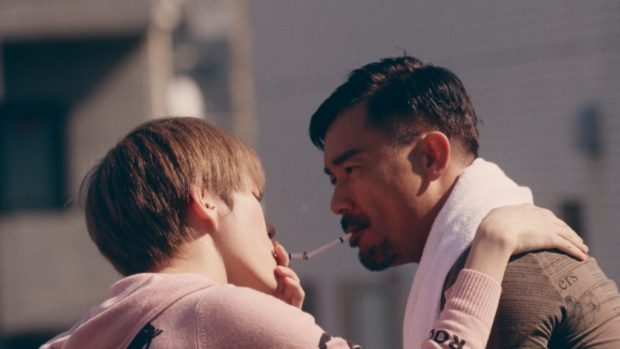 That’s the message Japanese actors Joe Nakamura and Yohdi Kondo hope to convey with their LGBTQ+ film “Athlete,” which likewise touches on themes of acceptance and freedom of choice.

“I don’t know what Filipinos think about it, but I hope that, if they watch the movie, they get a better understanding of what LGBTQ is, and what love is,” Joe, who recently flew to Manila with Yohdi to promote the film, told reporters at a press conference.

“Love is not always the same. Typically, it’s between the opposite sexes. But boys and boys, girls and girls—this is also love,” pointed out the 45-year-old actor-model, who has starred in such movies as “Bond of Justice: Kizuna,” “36.8 °C” and “Joshi Camera.”

“Athlete”—which will run exclusively at Robinsons Movieworld starting tomorrow—follows a former competitive swimmer, Kohei (Joe), whose life comes crashing down after his wife asks for a divorce. One night, in a drunken stupor, he meets Yutaka (Yohdi), a young man who has been struggling to tell his father that he’s gay.

The two men find themselves forming a friendship, which—much to their confusion—eventually turns into romance. But the more their bond deepens, the more they grow wary and worried about how their respective families would take their relationship.

Yohdi, who first gained prominence as a vlogger, said he watched a number of LGBTQ+ movies prior to filming.

“In the end, I came to the conclusion that what I had to focus on was the characters’ love for each other. Everything fell into place after that. It’s not the gender, but the love that should matter,” Yohdi said through an interpreter, Theresa Gow, who also sang the movie’s theme song, “Hey, Because.” 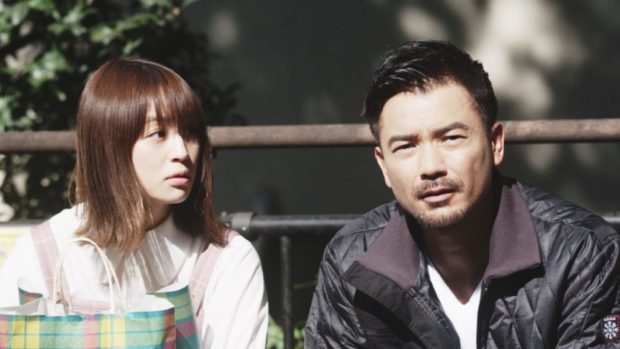 Joe, on the other hand, saw the acclaimed romantic drama “Brokeback Mountain” to help him figure out how to approach his intimate scenes with Yohdi. “I have never made love with another guy, so I wouldn’t know how it is. So I had to look for movies like that to see how it’s done,” he said.

“I made sure that I regularly applied breath freshener! But, I let him take the lead,” quipped Yohdi, whose delicate, anime-like looks made him popular online, especially among teenage girls.

Asked how LGBTQ+ cinema—or the community in general—is perceived and received in Japan, Joe feels like it is “behind” other Asian countries when it comes to acceptance.

“Japanese gay people always hide their truth; they can’t tell other people,” he said, adding that many people still hold stereotypical images of gay people as being “funny personalities on television, or designers.” “But I hope the movie can make a difference.”

Meanwhile, Yohdi, 26, observed that his generation—or people in their teens and 20s—is more open and accepting of LGBTQ+ people.

“Unfortunately, it’s not the same for those who are much older than us, those in their 50s, 60s or those who grew up in the war era … when you have to be very masculine,” pointed out Yohdi, who also dabbles in music and modeling. “Compared to youngsters, the elders don’t know much about LGBTQ.”

But despite that, Joe and Yohdi had no worries accepting the project, because they have always viewed LGBTQ+ people in a positive light. “It’s a big challenge. I have gay friends and I thought this was also a big opportunity to make them happy,” Joe said.