Kylie and Maxine tell their sides of the ‘spitting’ issue 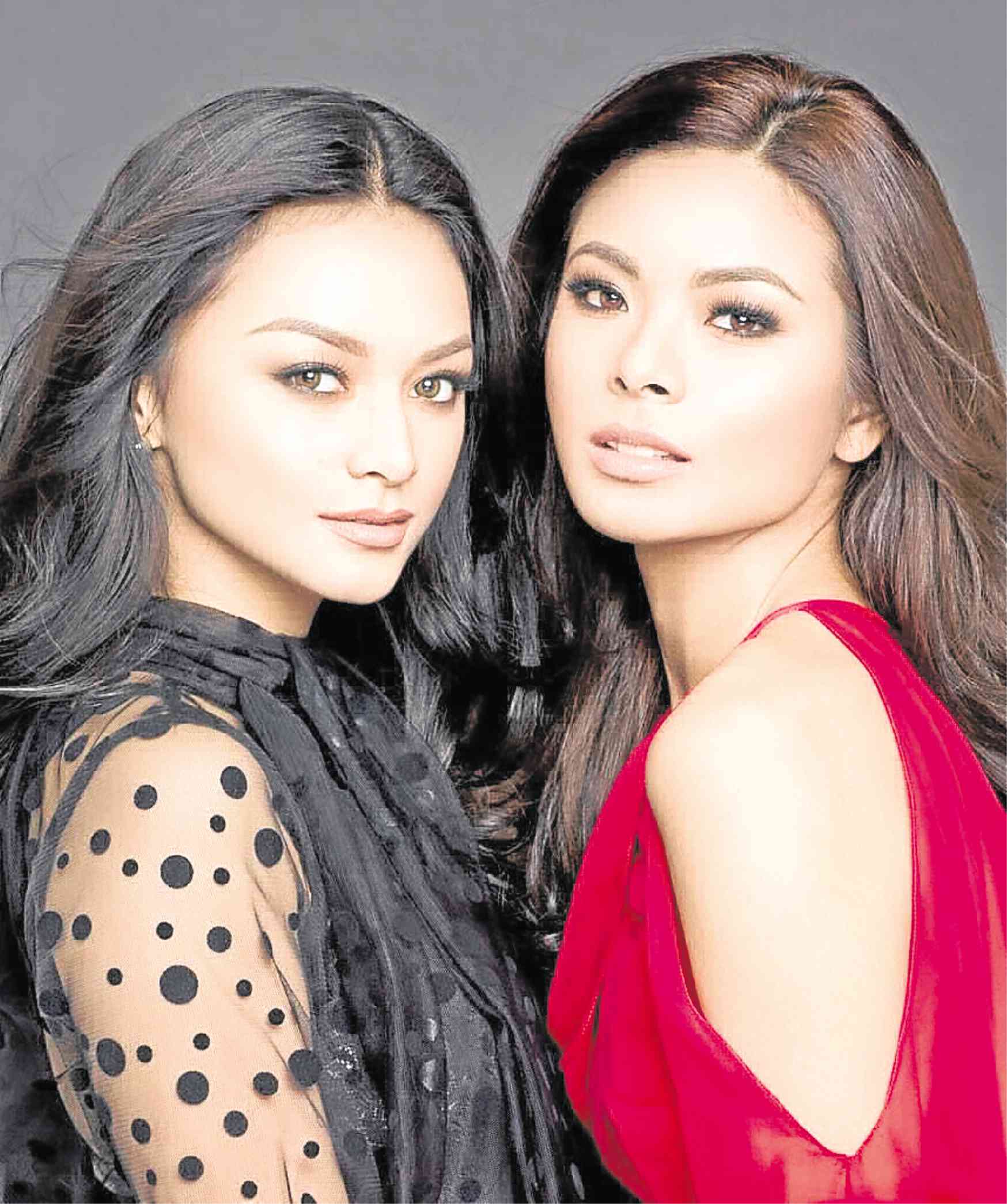 It was a spit that spurred a spat.

Last week, show biz personality Dianne Medina had social media buzzing with a blind item: A relative, she lamented, was spat on by a costar who veered off the script during shooting. The two actors were later on revealed to be Maxine Medina—a cousin of Dianne’s—and Kylie Verzosa.

Is there really animosity between the two beauty queens? Or is it just a timely bit of promo for the coming final week of the afternoon drama, “Los Bastardos”?

As expected, the recent press conference for the ABS-CBN series ended up being a question and answer round of sorts for Maxine and Kylie, who had to field queries touchier than anything they have gotten in pageants. But this time around, there was no crown to be won.

Kylie, who plays the villainess Dulce, defended herself, saying that she was carried away by her “heightened emotions” and unwittingly spat on Maxine in the middle of an “intense” scene they were filming.

“But I apologized to her right after… Maxine and I are now OK,” said the Miss International 2016 titleholder, who also denied that her actions were sparked by her jealousy over Maxine having kissing scenes with Jake Cuenca—Kylie’s boyfriend and the lead star of the show.

“It’s Jake and I who had many kissing scenes! But no, really, not at all—they never gave me a reason to feel bad or jealous. The three of us are friends,” she said. “We were actually joking around after.”

But while Kylie’s version of the story gave the impression that all is well already, Maxine just had to clarify some points. Yes, Kylie, did say sorry. Not immediately, though, as she claimed—but four days after the incident, revealed Maxine, who portrays Isay.

“Maybe this is also a lesson for us to always make sure that we discuss the scenes we’re about to do. So that if something untoward happens, we can [handle it],” said Maxine, who placed in the Top 6 of Miss Universe 2016. “I told her… that I may slap her… But anyway, it’s done. We have already talked.”

Pressed why it took her four days to apologize, Kylie said: “As far as I know, I said sorry agad-agad. We were normal on set after. Actually, I was surprised about how the issue turned out. I’m actually hurt; I don’t know why this happened. And I hope she had confronted me if she was feeling bad.”

But still left wanting by Maxine’s and Kylie’s answers, the show biz press cornered them after the Q&A proper, before the handlers could get a hold of them. And there they appealed to bashers to stop pitting them against each other making the issue bigger than it is.

“Maxine and I are OK; we have been friends since Binibining Pilipinas… It’s really the social media that’s noisy,” Kylie said, as Maxine rubbed her back to comfort her.

“It’s affecting not only us, but other artists, too. So I want to put an end to this to prevent things from getting worse,” added Maxine, who also apologized to Kylie for the blind item Dianne posted. She then admitted to venting out her feelings to her family, who may have taken the “spitting issue” harder than she did.

“It’s not under my control anymore. Although I have already talked to Ate Dianne about this. Ever since we were young, she has always been protective of us,” Maxine said.

Meanwhile, asked if they would still be willing to work with each other in future projects despite what happened, the two ladies replied, almost in unison: “Oo naman!”