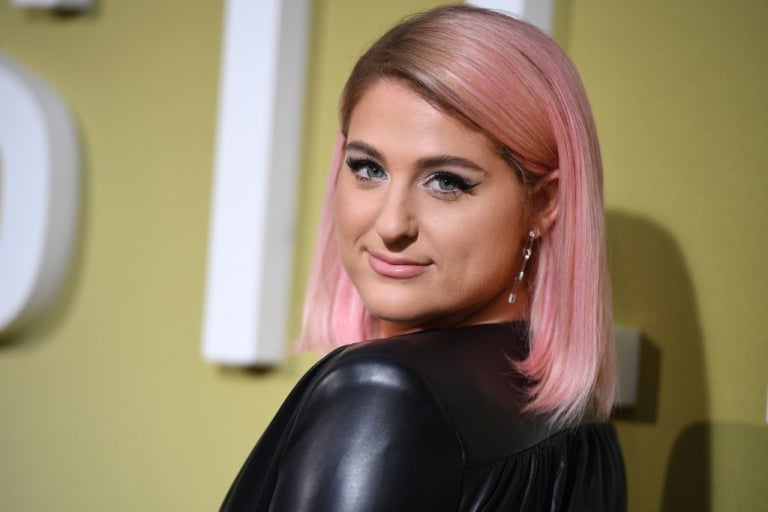 Trainor’s rendition of the Rembrandts’ 1995 hit will arrive at the exact time “Friends” debuted 25 years ago on NBC.

It will also coincide with an exceptional light show that will see the top of the Empire State Building turning blue, yellow, and red in reference to the TV show’s logo.

As a self-proclaimed diehard fan of “Friends”, Trainor told Rolling Stone that recording the series’ theme song was a “dream come true.”

“I’ve seen every episode multiple times now. I can’t believe they even thought of me to sing this cover. It was a dream come true. I hope I make [the Rembrandts] proud. Because they’re the ones that wrote this beautiful song and they’re legends,” she said.

The now-iconic “I’ll Be There For You” was written by the Rembrandts in collaboration with “Friends” creators Marta Kauffman and David Crane. Kauffman’s husband Michael Skloff and songwriter Alee Willis also took part in the song’s creative process.

Trainor’s cover of “I’ll Be There For You” is one of several events that celebrate the 25th anniversary of the hit sitcom, which ran from 1994 to 2004.

Replicas of the iconic Central Perk orange couch are traveling around the world this September, being on view in New York City, Los Angeles, Madrid and London.

Warner Bros also opened a pop-up exhibit in New York City, cheekily titled “The One with the Pop-up”, revolving around the universe of “Friends”.

The exhibition, which runs until Oct. 6, features more than 50 original props, including Rachel’s reconciliation letter to Ross, Phoebe’s guitar, and headshots of Joey in a mock-up installation of his and Chandler’s apartment.

Tickets to the pop-up exhibit are currently sold out, although fans can still visit the museum’s gift shop in SoHo. JB

TAGS: Friends, I'll be there for you, Meghan Trainor, Rembrandts, Sitcoms, US TV series