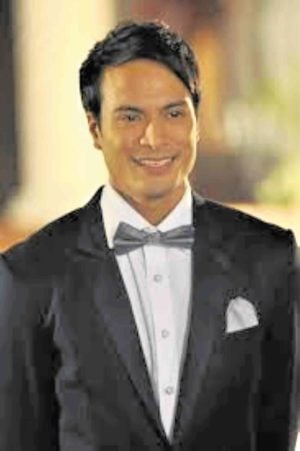 For Rafael Rosell, it’s the actors who lose out most because of the network wars.

“I appreciate people who stay loyal to their channels. But I think in these network wars, it’s the artists who get affected. There are a lot of opportunities for us out there, but we can’t grasp them because of that,” he told reporters at a recent press conference for the weekly fantasy-drama series, “Parasite Island”—his comeback soap on ABS-CBN.

Rafael started out in the industry as a Star Magic and ABS-CBN talent from 2000 to 2012, before transferring to GMA 7, where he stayed for seven years. Now, he’s back to the Kapamilya network.

As expected, there are some people online questioning his sense of loyalty. But the 36-year-actor remains unperturbed. “When it comes to the bashing and negative comments, I don’t really read them. I’m now here, working with my original family. I don’t see any reason why they should say that mali ‘to or tama ‘yan,” he said.

Rafael, who found his seven years in GMA 7 fulfilling, said that having the opportunity of working for other networks and movie outfits has helped broaden his perspective about the entertainment industry.

“The companies have different goals and working environments. They have different ways of producing shows and promoting them. I also met a lot of people. And all these things were enriching for me as an actor,” he said.

“I have worked with Star Cinema, Regal Films … I have done indies,” he added. “And I feel lucky I was able to experience all those before I get old.”

Last year was a turning point for Rafael. He has been surfing for 17 years now and found himself increasingly getting drawn to leading a quieter life.

“I didn’t do much last year, save for guest appearances here and there. I was contemplating whether I should continue doing this or explore something else. I discussed this with my manager, who asked me which direction I wanted to take should I decide to stay with ABS-CBN or GMA 7,” he related.

“And we figured it would be great to come back home and see the difference after six years,” Rafael added. “I feel like I’m getting out of my comfort zone again … I’m ready to be creative, have fun again.”

Rafael had no worries returning to ABS-CBN, he said, because he and his Kapamilya bosses had parted ways on good terms.

“They told me that if I wanted to go out and explore, they would still welcome me back with open arms when I’m ready to return home. True enough, that’s what happened. That’s why I wasn’t so nervous,” he said.

In “Parasite Island,” Rafael plays Jessie, a paramedic who grew up being blamed by his brothers for the mysterious death of their father, whom he insisted was attacked by a leech-covered woman while swimming in a lake. No one believes his story.

“I’m more worried about portraying my characters well and meeting the demands. But I don’t want to think about the pressure too much,” he said.

As for his love life, he let on that he’s happy with his nonshow biz girlfriend of three years, but would rather keep things private. “I like it quiet. My personal life is different from my professional life. It keeps me sane,” he said. “If those two overlap, I feel like I would drown in this industry.”