Bauhaus gears up for first reunion show in 13 years 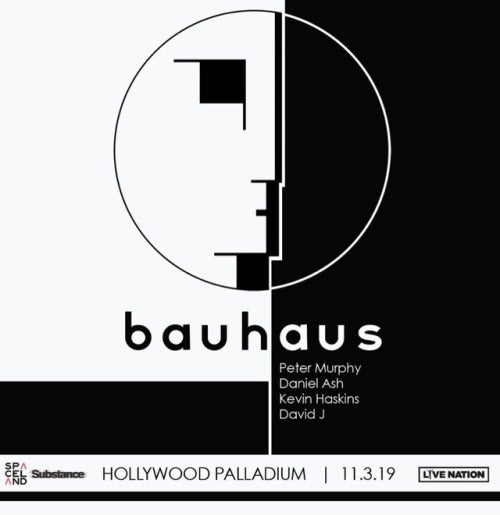 Bauhaus has announced a one-off reunion concert next November in Los Angeles. Image: courtesy of Bauhaus via AFP Relaxnews

The British goth-rock band Bauhaus has announced a one-off reunion show on Nov. 3 in Los Angeles.

All four original members  — Peter Murphy, Daniel Ash, Kevin Haskins and David J — will take the stage together at the Hollywood Palladium for the first time in over a decade.

While no explanation has been offered for the reunion, the announcement arrived just a few weeks after Murphy suffered from a heart attack during a nightly residency in New York.

“Following my recent episode in New York City with my heart attack and being admitted into Lenox Hill Hospital and seeing myself go through the rigors of intensive care, I am very happy to say that I have made a full recovery,” he said in a statement last month.

Since the band split in 1985, Bauhaus has reunited on various occasions over the years, getting back together for a 20th anniversary tour in 1998, and again from 2005 to 2008.

Their last reunion, which occurred for the 2005 installment of Coachella, led to a full tour that ran into the next year.

Bauhaus followed up with a new album, entitled “Go Away White”, which was released in 2008. However, the band broke up before they could tour to support the full-length, due to “an incident.”

In recent years, Haskins and Ash have been touring together as Postpone, performing sets that featured material recorded while in Bauhaus, Tones on Tail, and Love and Rockets.

Last year, Murphy reunited with David J for a tour across Oceania and Europe that celebrated the 40th anniversary of Bauhaus.

Tickets for the band’s 2019 reunion tour at the Hollywood Palladium will go on sale on Sept. 13 at 10 a.m. (PST). It is still unclear whether additional concert dates will later be announced. JB