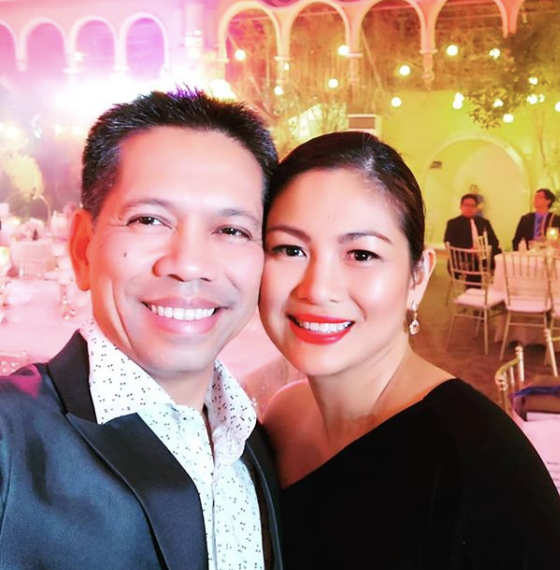 The TV host and former beauty queen posted today, Sept. 11, on Instagram a video of her and Roberto having a taste of her milk during a flight to Bali.

She said that she was about to “pump and dump” 3 ounces of milk as she was away from her infant son Elijah, whom the couple welcomed in February. The mom of two brought a breast pump with her on the plane so she could pump and maintain her milk supply.

“Planning to pump and dump but hubby says he might as well have a taste,” she said in the video.

Roberto had a cup full of ice ready for the “express milk.” “They say breast milk is good for babies until 80 years old,” he joked.

Initially, he seemed hesitant to take a sip, until finally he tried it and said it was “ice cold.” Quiambao also got curious and took a sip, stating that it was “yummy.”

Roberto then explained why he and his wife drank the milk: “I’m actually doing this because my son dared me to do this. He said he’d pay me P5,000 if I drank his mom’s express milk. So Joshua, you owe me P5,000.”

“Me too! I also drank,” Quiambao chimed in.

Another celebrity who has found humor in drinking breast milk is actor and comedian Paolo Contis, who tried his partner LJ Reyes’ milk back in February.  /ra

Husband, not kid, is Miriam’s top priority next to God